The SAPOA/IPD South Africa Annual Property Index, released 25 March 2013, showed that the South African property sector delivered an improved 15.2% total return in 2012. This is the highest return on property since pre-recession levels, and represents a marked upturn over the 10.3% generated by the sector in 2011. Income return was relatively steady at 8.9%, while the uplift was provided by a 5.8% capital growth. 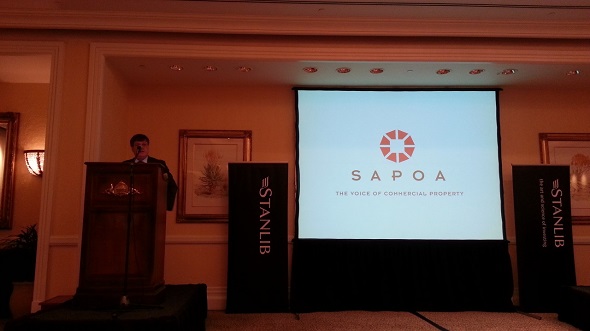 Property values were driven higher, in part, by a 132 basis point bond yield firming over the year, although this growth was also underpinned by an overall above-inflation rental growth of 7.2%.

The sector hierarchy of performance is unsurprising, with retail and industrial properties coming off a base of lower vacancies and achieving higher returns than offices. Larger shopping centres in particular experienced high demand, which drove strong rental and capital gains. Conversely, office vacancies remain stubbornly high, resulting in a significant lag in performance by the sector on almost every metric. Retail property produced the highest total return of 17.1%, followed by industrial at 15.9%. Offices were well behind at 11.9%.

Stan Garrun, Managing Director, IPD South Africa, said, “A real divergence in the market has occurred. Whereas we have seen a good turnaround for retail and industrial properties, concern remains over the health of the office sector, as evidenced by the high vacancies, particularly in the inner cities. Given the context of a moderate-to-soft economic outlook and relatively low levels of consumer and business confidence, South African property has managed to once again prove its resilience”.

South Africa joins just a handful of countries globally experiencing even a mildly positive trend in returns. A pattern of declining performance has dominated the 2012 results reported to date, although positive total returns have still been achieved in all cases. Once again, non-European markets are tending to outperform the European countries.

The SAPOA/IPD South African Property Index is based on a sample of 1,669 properties covering R206.2bn capital value at the end of December 2012, which represents approximately 60% of the professionally managed investment property in South Africa.