The Umhlanga area north of Durban continues to be a destination of choice for office users, with more and more corporate companies seeking space in this growth node, which offers appealing and secure, modern premises in a conveniently accessible business hub, says Chantal Williams, commercial and retail property broker for JHI Properties in KwaZulu-Natal. 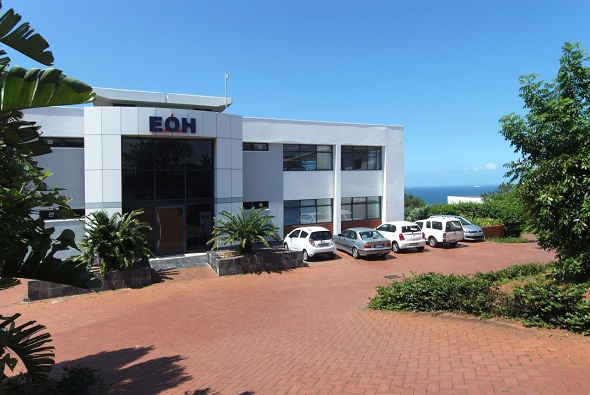 “Ideally positioned within easy reach of key routes and set in scenic surrounds, this prime, sought after location continues to demonstrate resilience despite ongoing economic challenges which impact on the business sector in general,” says Rob Moran, regional director for JHI Properties.

Adds Williams: “The Umhlanga area remains in demand, however, budget-conscious, good quality space in standalone buildings and with sea views is hard to find,” she says.

Commenting on the office market in Umhlanga/La Lucia Williams says leases commonly range from about 60 to 200 square metres in size, although enquiries for 300 square metres and upwards are also received. “There is a limited amount of small space, but still strong demand. Asking rental rates vary from around R95 to R145 per square metre,” she says.

Williams recently concluded a lease for 881 square metres on behalf of EOH, a South African company which provides business and technology solutions, which has relocated within La Lucia Ridge Office Estate to Cranbrook Crescent. Having expanded the business, EOH now occupies larger space, taking up an entire building of its own.

Further transactions concluded by Williams in Umhlanga include approximately 300 square metres of office space leased by Philip Morris International – a tobacco company, in premises located just off Umhlanga Rocks Road; 434 square metres in Ridgeside, leased by a global shipping company; and in Armstrong Avenue premises of 221 square metres with sea views, taken up by a chemical company.

“The bulk of the popular Ridgeside development in Umhlanga has been sold, and while there are now re-sales becoming available, there is not a great deal of new development stock available at present. Landlords are however, active in awarding us the mandate to market office stock as it becomes available,” she says.

Other nodes of interest in regard to the commercial property market include Morningside, Durban North and Westville. “There’s a great deal of interest in the Morningside area from smaller companies looking to relocate and numerous start-up businesses working from home now wanting office space. These represent a broad cross-section of businesses from attorneys and accountants to media, IT and beauty salons. Proving still popular in the Morningside area are standalone commercial houses with high traffic exposure that offer the ability to increase brand awareness,” she adds.

Leases concluded by Williams in the Morningside area include a property of 250sqm facing Argyle Road – leased by a real estate company seeking increased exposure, 140 square metres in Windermere Road occupied by a town planning business relocating from Glenwood, 1410sqm in the Musgrave area leased by the South African Local Government Association, and a firm of chartered accountants which leased 230 square metres – also in the Musgrave area. A further lease was concluded for a catering and hair product company in Churchill Road, where greater signage and branding opportunities were available to the tenant.

In Westville, Williams negotiated the sale of a 467 square metre property in Westway Office Park to Newsclip, which relocated from Umhlanga. The office accommodation sold at a rate of R12 555 per square metre. Home to a variety of corporates, Westway Office Park is conveniently situated close to the freeway and Pavilion shopping centre.

Over the past year (2012), Williams concluded in excess of 86 transactions for the lease and sale of commercial property in the region, receiving an award for being the most successful JHI broker in 2012 nationally and highest number of transactions concluded for the eighth consecutive year.

Commenting on the market Williams says the outlook for 2013 remains challenging and tenants are price-conscious. “Good quality properties with ample on-site parking, good security and exposure remain in high demand. From a retail perspective, the demand is there however landlords are seeking blue chip tenants. There is a healthy demand for commercial property, primarily in regard to rentals, while from an investment or end user perspective well priced properties continue to change hands as property is seen by many as a stable long term investment.”