An effective public and private sector partnership between Nedbank, a local developer and the City of Cape Town has resulted in the development of much needed new affordable housing in the suburbs of Rugby and Silvertown. 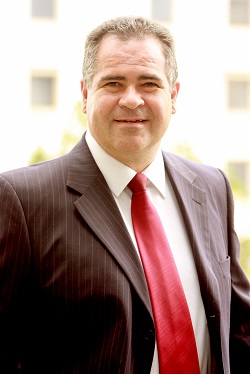 In addition to providing the development finance, Nedbank has a direct equity stake in the developments as a result of its shareholding in the joint venture partnership tasked with their completion.

The finance agreement forms part of the bank’s existing long-term relationship with the City of Cape Town, which first began in 2006 when it was appointed by the Cape Town administration as a joint venture partner with Inframax Holdings and Shisaka Investments for the development of four Cape Town affordable housing projects to be undertaken on City-owned land in Ottery, Wetton, Silvertown and Rugby.

According to Manie Annandale, the Head of Nedbank Corporate Property Finance: Affordable Housing, the combined loan and equity commitment by Nedbank demonstrate the bank’s belief in the viability and value of visionary, affordable housing partnerships as a means of effectively addressing the housing shortage in the country and helping to uplift families and communities.

“A long time has passed since we were awarded these projects, but we are now pleased that the lengthy rezoning process is finally concluded, which signals the point where we can start with the marketing of the developments. The conclusion of this finance deal goes far beyond a mere agreement between a bank and a property developer. It also serves to demonstrate the tangible benefits that can be realised for South African communities through effective public and private sector partnerships.”

“We are excited about the commencement of the Rugby and Silvertown projects, as they allow us to give effect to our strategy to support the Cape Town local government’s affordable housing plans through the provision of financial backing to proven property developers who share our vision of transforming the country’s vacant land that can be developed into thriving integrated and sustainable communities,” says Annandale.

“Thanks to the sustained partnership between Nedbank, the local developer and the City, we are able to work towards our goal of providing citizens with integrated and inclusive housing opportunities, rather than just houses, through harnessing the skills and resources of the City and Nedbank. I would like to sincerely thank Nedbank for their invaluable commitment to this initiative,” said the City’s Mayoral Committee Member for Human Settlements, Councillor Tandeka Gqada.

The development in Rugby, known as Silver Meadows, is a low-density housing project that will offer 92 one- and two-bedroomed apartments as well as 23 three-bedroomed semi-detached homes. The units are priced between R425 000 and R708 000.

The Silvertown development off Klipfontein Road is the smaller of the two projects and will offer eight plot and plan units priced from R625 000 to R675 000. The units offer quality finishes and will appeal to the open market sector of the affordable housing market.

As part of the City’s land release programme, the development of the remaining sites in Ottery and Wetton is expected to commence in early 2014, once their rezoning processes have also met all the regulatory requirements.

In line with the City of Cape Town’s vision of providing its citizens with lifestyle upliftment opportunities rather than mere houses, the Silver Meadows development has been designed to ensure residents enjoy secure living in a greened environment, and have easy access to the City’s Integrated Rapid Transport (IRT) routes and all amenities.

According to Annandale, the decision by both the City and the project developers to incorporate environmental considerations in the development design mirrors Nedbank’s stated commitment to supporting and enabling integrated social and environmental sustainability.

“The units include green design elements ranging from heat pumps and energy-efficient lighting to dual-flush toilets and tap aerators. When one combines these with the proximity of the developments to commerce and employment opportunities, it’s clear that great thought went into their planning to ensure that they will be more than just affordable houses, but also offering their occupants an opportunity to sustainably enhance their lifestyles,” says Annandale.

He points out that while Nedbank is understandably excited about the progress that this latest deal represents in terms of the Banks Co-operation Agreement that was signed between the bank and the City of Cape Town, the Rugby and Silvertown developments are only two of a significant number of new affordable housing projects in which Nedbank is currently involved as funder on a national basis.

“In Cape Town alone, Nedbank has recently signed loan agreements with affordable housing developers with strong track records to the total value of more than R500 million – set to yield some 5 500 housing opportunities for Capetonians in the coming months and years – which further illustrates our commitment to helping address the country’s housing shortage and uplift its people and communities through innovative partnerships,” concludes Annandale.