In another example of its commitment to supporting property development that supports local government’s infrastructure initiatives, Nedbank Corporate Property Finance KZN has provided a R273 million loan to fund the building of a new shopping centre in the booming KwaMnyandu growth node in Umlazi, which was officially launched on Friday 1 March by the Ethekwini Municipality. 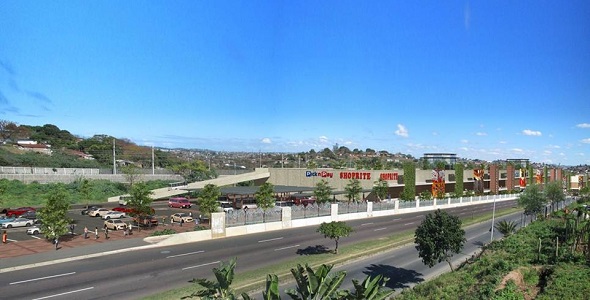 The Nedbank loan will enable the developers of the new KwaMnyandu Shopping Centre, to complete construction of the 34 000 bulk square metre development, which is set on land leased from Passenger Rail Agency of South Africa (PRASA) and adjoins the KwaMnyandu railway station in Umlazi, the second busiest station in Kwazulu Natal. This unique location will ensure that the new shopping centre enjoys maximum foot traffic as all rail commuters using the station will access it through the centre.

According to Anand Joseph, Regional Executive for Nedbank Corporate Property Finance in KZN, the bank supported the opportunity to finance the shopping centre due to the proven track record of the developer and to play its role in enabling sustainable community upliftment through local job creation and infrastructure support.

Since 2010, Nedbank Corporate Property Finance has provided finance in excess of R1.3 billion to retail developments in KZN, in rural or in previously under-serviced areas. “Nedbank has long recognised the immense value that can be unlocked through forward-looking commercial partnerships that have the inherent potential to deliver lasting social sustainability. KwaMnyandu Shopping Centre’s position in the heart of a vital growth node identified by the eThekwini administration makes this a development with significant long-term community upliftment opportunities.”

“We are also pleased to announce, in KZN alone, facilities in excess of R1.32 billion have been approved for property-related activity by companies with black ownership, further contributing to the region’s growth and transformation,” says Joseph.

This is another quality shopping centre developed by Carlos Correia and his team, who have been involved in a number of highly successful retail centres in and around South Africa in recent years, as initial shareholders of the Vaal Mall in Vanderbijl Park and as the developers of the Senaoane Centre, Stretford Centre, Orange Farms Centre, Zamdela Centre, Sharpeville Centre, Kwamashu Shopping Centre, Richmond Shopping Centre, Phuthaditjhaba Shopping Centre in the Free State and various other developments.

According to Joseph, Correia’s proven development track record, coupled with the intensive local government development focus on the area and the fact that major national tenants are represented translates into the maximum potential for the KwaMnyandu Shopping Centre to achieve significant success from the outset. Kwamnyandu Shopping Centre will consist of over 23 000 m² of GLA with the two major food anchors being Shoprite and Pick n Pay.

Construction of the KwaMnyandu centre, which commenced in October last year, is expected to take 18 months and, once completed, the centre and railway station together will form an integral part of the KwaMnyandu growth node in central Umlazi.

Joseph points out that Umlazi, as the second largest South African township after Soweto, has been identified as a top priority area for the southern development planning region. “The local government has extensive development plans for the area, which include a proposed mix of commercial and residential developments that should see significant economic growth in the area in the coming decade with over 200 000 bulk square meters approved by the Ethekwini Municipality for the KwaMnyandu Node,” concludes Joseph.

Due to its proximity to the King Zwelithini Stadium and the Mangosuthu University of Technology, KwaMnyandu is also identified as a key education and sporting development node within the urban regeneration plans.

The KwaMnyandu Shopping Centre is expected to open just before Easter 2014. 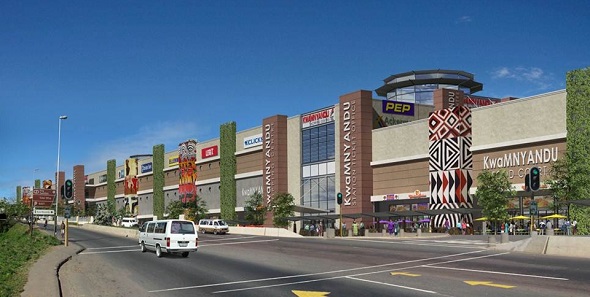