Pam Golding Properties Gauteng (PGP) region is pleased to announce the appointment of Ken Woollcott as manager of its Bedfordview office. 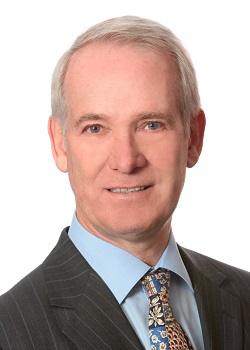 PGP chief executive, Dr Andrew Golding, said that Woollcott, who has been with the company for 24 years and in the real estate sector for over 30 years, is one of the industry’s stalwarts and is eminently qualified for the position.

“Ken is a talented, professional individual who is passionate about the real estate business. We believe that he will provide direction and leadership to the Bedfordview office and are delighted to have him take up the position. His appointment has been warmly received by the staff and agents of Bedfordview and I have no doubt that he will add enormous value to the team.”

Woollcott has been involved in the Bedfordview office over the past three months, initially as a support to the region’s previous manager, Eric Gibson who passed away late last year (2012) after a long illness.

Woollcott has held a number of senior managerial positions at PGP, including that of Hyde Park manager, marketing manager of the Gauteng region and more recently, regional administration manager.

He says that Bedfordview remains an attractive suburb for home buyers not least because it is both very central and scenic. “It is situated near all major freeways and is just a stone’s throw away from OR Tambo International Airport,” he points out. “While situated it is in the middle of the city, Bedfordview offers a serene, village atmosphere and few other Johannesburg suburbs can boast such outstanding views. The area is also just minutes from outstanding shopping facilities and excellent public and private schools.”

Woollcott observes that with its outstanding selection of properties, from entry-level town houses to upmarket mansions, Bedfordview has something for everyone. “This is sure to remain a popular residential suburb and a sound location to invest in for the foreseeable future,” he concludes.