Throughout the Greater Cape Town metropolitan area there is a growing concern that the latest municipal residential property valuations are often flawed, says Ray van der Merwe, manager/co-franchisee for Rawson Properties in the Hout Bay and Llandudno areas. 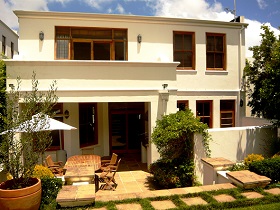 Front view of the Hout Bay home that was sold in March 2012, three months prior to valuation, for R4,250,000. This same home was then apparently valued by the municipality at R5,5 million

“The impression we are getting,” said van der Merwe, “is that many of today’s valuations ignore, firstly, the true market values (which in some cases are very much down on what they were a few years ago) and, secondly, that the condition of the home is often overlooked. This suspicion has been confirmed by many home owners telling us that they have not been visited by any representative from the municipality’s valuation division and the valuations are done purely on the data on their records.”

Van der Merwe said that the municipal valuations are based, in theory, on the market value of the properties as at the 1st of July 2012. In one case, he said, he had sold a home in March 2012, three months prior to valuation, for R4,250,000. This same home was then valued by the municipality at R5,5 million.

“No matter how you try to justify it,” said van der Merwe, “such a large discrepancy is simply impossible to understand.”

The valuations of several other homes in his area, he said, were between R1 million and R1,4 million off the mark.

“While it is true that a slow but steady recovery is taking place throughout the residential property sector of Hout Bay, it is also true that this is coming off a low base and the recovery is not raising prices by more than 3 or 4% per annum at the moment.”

Van der Merwe said that it is widely thought that the Council is now trying to raise values ‘artificially’ so as to be able to charge higher rates and taxes.

“This is, to say the least,” he said, “very regrettable. At a time when so many people are struggling to maintain their monthly bond payments and other related costs, it is unjust and unfair to lumber them with flawed valuations simply for the sake of raising their rates and taxes.”