According to the Western Cape Institute of Estate Agents data and collection service Propstats, estate agents in Cape Town’s City Bowl, which includes the city centre, Tamboerskloof, Gardens, Oranjezicht and Vredehoek, achieved a total of R325,105,000 sales in the period of 1st November 2012 to 31st January 2013. Homes were on the market for an average of 88 days, sold for 11,8% less than the asking price and the average price achieved during this period was R2,658,000. 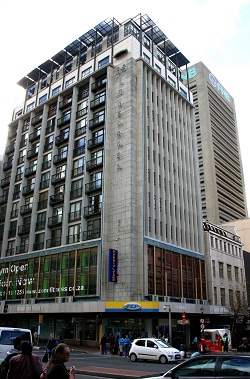 “These figures,” says Andre Geldart, the Rawson Property Group’s franchisee for the City Bowl area, “are all a noticeable improvement on those for the same period a year ago. At that time the total sales were R278,197,000 and the average waiting time was 131 days. The average price achieved then was R2,575,898. (His own turnover, he added, has increased by 30% year-on-year.)

“The latest figures,” said Geldart, “could give the impression that this is a precinct for the affluent. In reality, few Cape Town suburbs are better suited to young people with regard to price and location. University students – for whom there is a flourishing sectional title rental market – are particularly keen on the City Bowl”

Reflecting this fact, said Geldart, is the current demand, as in many other Cape Peninsula precincts, for sectional title units priced from R600,000 to R1,6 million: about 85% of his franchise’s sales have been below R1,6 million.

Geldart added that there is a wide diversity of choice throughout the City Bowl and this, too, makes it highly suitable for the less affluent: in Vredehoek, Gardens, and especially Zonnebloem, sectional title entry level prices can be as low R700,000 and even lower for a studio apartment, but in Oranjezicht, Higgovale and Tamboerskloof very few properties are available under R1,6 million and these affluent suburbs have many free standing homes priced above R10 million.

Asked to define the one trend in the area that has been especially evident this year, Geldart said that it has been the demand for rental stock (from both tenants and buy-to-let investors) and the resultant 5 to 8% year-on-year increase in rents.

In the less expensive areas, he said, a one bedroom apartment with 50 m2 of space will easily command a R5,500 monthly rental. A two bedroom unit will bring in R7,000 a month and a three bedroom unit R8,500. Free standing homes in the more affluent mountainside suburbs can attract rents of anything up to R15,000 or more per month.

Geldart said that today 85% of his business revolves around renting and his team has a managed rental portfolio of almost 200 units, which increases month-by-month.

“I genuinely cannot see demand dropping off here,” he said recently, “for the simple reason that the time, cash and stress savings made possible by City Bowl living are overwhelming. We have clients, who prior to moving here, tell me that they spent R2,000 or more per month on car and petrol expenses and another R700 or more per month on city parking. They also endured two and a half hours or more in traffic per day. Now, by contrast, they can walk or take a bus to work, they have the whole mountainside as their playground, they are close to Kloof Street and other entertainment venues and they are considerably less stressed than they were before. City Bowl living has brought about a huge change in their lifestyles.”

Note: Geldart’s contract with the Rawson Property Group allows him to rent and manage property outside the City Bowl, for example on the Atlantic Seaboard and in the always popular central Southern Suburbs of the Cape Peninsula and in Tokai and Constantia. In all of these areas, he said, the demand for rental accommodation has increased noticeably over the last year.