This summer (from November 2012 to date), the coastal resort of St Francis Bay has seen the best residential property sales for a few years, with well over R120 million in sales concluded across the market (all agencies), says Richard Arderne, area principal for Pam Golding Properties. 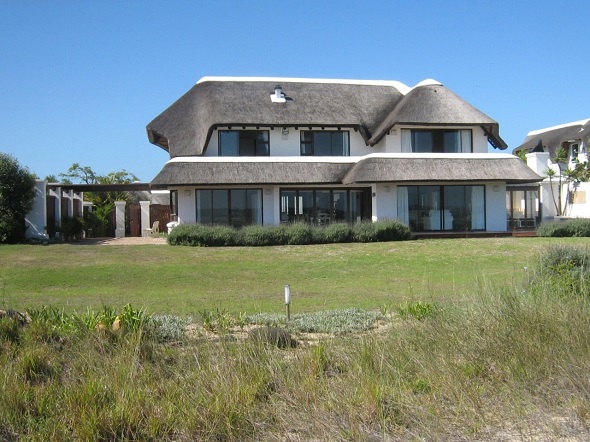 Situated on the Kromme River, this four bedroom home with uninterrupted river and mountain views was sold by Pam Golding Properties in St Francis Bay for over R5 million

“This includes numerous properties sold for in excess of R4 million. Recently, we sold a house on the Kromme River – with a mooring behind on the canals – for over R5 million. This is one of about only 20 homes situated directly on the river in St Francis Bay which do not have a road in-between,” he says.

Arderne says home sales this summer have been of properties located all the way from Riverglades Estate on the Oyster Bay Road to Otters Landing, at the end of Santareme. “Since November at least nine homes have each sold for over R4 million and at least a further nine for more than R2.5 million. This tempo of high sales value has not been seen for several years.

“In addition, all four houses in Sunset Avenue which had been on the market for about two years, sold in recent weeks, all for over R5 million each – one of which was sold by Pam Golding Properties (PGP). At least seven canal homes sold – two of which fetched over R10 million each.”

He says in Port St Francis, one of only a few privately owned harbours in South Africa, three townhouses sold in the region of R3 million each, of which two were sold through PGP, and at least three more apartments sold for over R1.5 million each, also indicating a surge in sales activity.

Arderne says it is positive to see that 80 percent of the 76 homes affected by the recent devastating fire have been demolished, with the first few houses under construction. “We believe most insurance claims have been settled, with many new houses currently being designed or at plan approval stage. It will be interesting to see the modern designs coming out of the ground, especially as many of the destroyed houses were more than 20 years old, with dated designs.

”Two canal plots affected by the fire have been sold, one located on the ski canal which fetched over R3.5 million, with quite a few more now on the market but at relatively high prices. Two recent house sales were by owners affected by the fire who wanted to improve on their positions by relocating in the area, while another sale was to a canal owner upgrading his view. Three other canal plots have also sold, at prices varying from R1.3 million to R2.8 million.

“Furthermore, a house in Santareme sold for about R4 million, unusually high for a house which is not on the front row. At least two smallholdings along the Oyster Bay Road were sold while 16 plots on St Francis Links were purchased. The buyers are mainly South Africans, some of whom are relocating from other areas to St Francis.

“Although there were a number of sales of houses in the R1 million to R2 million price range, the bulk of the sales this summer were at higher prices, which is bucking the trend of the past few years and a positive indicator for residential property values moving forward.

“The reason why sales have picked up may perhaps be attributed to one or more of the following – the excellent weather this summer, the expectations of a building boom as fire insurance money flows into the town, the high South African stock exchange, sellers accepting slightly lower offers, and buyers who perceive that prices are unlikely to drop further. The bottom line is the performance of St Francis Bay property this summer season has been too good to merely be a coincidence,” says Arderne.

Currently PGP are marketing a number of smallholdings, including six smallholdings, all north-facing and with river frontage on the Kromme River, at starting prices from R4.95 million. However, smallholdings of about five hectares in size which are not on the water are priced from R650 000. Further homes in St Francis bay are available for purchase ranging from about R1 million.