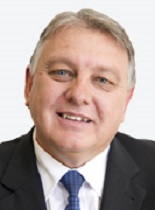 Marius Heyns, chief executive of Basil Read said, “The prolonged downturn in the South African building and construction sector has resulted in management concentrating on the day-to-day elements that will secure the ongoing success of the group – project execution, cash reserves, working capital management – as well as the group’s long-term strategy. We have refined our strategy to focus on our core business, understanding that this is the foundation of our group and key to our success.”

“We have cleaned up the balance sheet and have implemented positive changes to return the company to a clean bill of health to yield financial returns for all our stakeholders,” Heyns added.

Adjustments to headline earnings include the impairment of property, plant and equipment in the engineering division, loss on sale of jointly controlled entities and profit on sale of available-for-sale financial assets.

Substantial losses have been incurred on the following contracts:

Despite this the group has maintained its order book at a robust level of R10,2 billion and the cash received in March 2013 from the disposal of TWP Holdings (Pty) Ltd will enable the group to repay debt and recapitalise in anticipation of future organic growth.

Cash on hand as at 31 December 2012 increased to R1,0 billion (FY11: R653.8 million), largely as a result of an inflow of working capital, particularly relating to the receipt of advance payments. Cash balances were further improved due to the receipt of R99.4 million in terms of the BBBEE transaction with SIOC CDT Investment Holdings (Pty) Ltd.

Debt levels reduced moderately to R877,2 million from R1.0 billion in the prior year, resulting in the group returning to a net cash position. The debt equity ratio at the reporting date was 18,0%.

The group once again made a sizeable capital investment in plant and equipment of R501,7 million (FY11:R647,9 million) particularly in the construction and mining divisions. The increase in capex for the construction division is as a direct result of the contract award to construct an airport on St Helena Island and to a lesser degree, the award of the Olifants River Water Resources Development project.

The group experienced moderate balance sheet growth, with total assets at a level of R5,4 billion (FY11: R4.9 billion). The balance sheet at the date of this report has been strengthened by the disposal of TWP Holdings (Pty) Ltd.

The review period was particularly challenging for the group’s largest division, given subdued market conditions and fierce competition. While the year was again notable for fewer tenders being submitted at lower values, Basil Read secured several key projects, collectively valued at R4.0 billion.

The bitumen supply shortage faced by the construction sector contributed to the losses incurred by the roads division and highlighted the need to secure consistent supply.

Heyns said, “The group’s wholly owned subsidiary, SprayPave, is in the process of establishing a bitumen reactor plant in the Western Cape which will enable us to produce various grades of bitumen, not only to supply our sites, but also to support the sector as a whole.”

The contract to construct an airport on the island of St Helena is performing to expectations and the project team continues to deliver on major milestones. The logistical and procurement risks have been successfully mitigated to date.

Basil Read Mining remains a stable performer in the group, with ongoing contracts despite a visible decline in both the number and value of mining contracts being awarded in South Africa. As evidenced by widespread illegal strikes in 2012, the domestic mining industry is currently a major concern. Basil Read Mining is already active in Botswana and Namibia. It is well placed to capitalise on business opportunities further afield in Africa and has signed up contracts with Jwaneng diamond mine as part of the Majwe Mining joint venture as well as with Discover Metals to assist with waste removal in its pits.

B&E signed another three-year drilling contract with Venetia mine to supply additional drilling capacity. B&E also placed a drilling team at Voorspoed to assist with ongoing waste stripping at this mine.

The division continued to focus on several large-scale integrated and affordable housing developments.

The R850 million Malibongwe Ridge development, an extension to Cosmo City, will rehouse the Itsoseng informal settlement and provide housing for over 5 500 families. Funding has been provided for internal services to the first phase as well as for 300 units.

Heyns said, “The division has positioned itself in the social and gap housing sector where government expenditure over the next few years is expected to increase significantly. Basil Read Developments has also extended its urban management experience to provide expert services and capacity building functions in this area.”

The TWP group performed well in 2012. A number of projects were successfully commissioned by TWP Projects in the year, including the South Deep gold plant upgrade and the SX plant for Chambesi Metals.

A number of new projects were started during the year for clients such as Anglo American plc, AngloGold Ashanti, Rand Gold and Norilsk Nickel.

In its first full year, Basil Read Matomo performed to plan, growing steadily on the back of new work and its ability to offer a turnkey (EPC) service. After the successful delivery of Pan African Resources’ first tailings recovery plant, Basil Read Matomo was awarded its second EPC project with this client.

The company was also recently awarded the EPC contract to construct a new tertiary milling plant at the Two Rivers Platinum mine.

TPS.P Architects was rebranded to LYT Architecture in September 2012, and remains profitable, despite operating in a very tough building market.

The review period was significant for Basil Read Energy when the Metrowind Van Stadens wind farm project moved from development to construction phase in November 2012. Construction of this 27MW, R550 million project will take 14 months and the plant is scheduled to begin commercial operation in 2014. Basil Read Energy holds 23% of the equity in the project along with co-shareholders.

The board declared a special dividend of 175 cents per share (inclusive of 15% dividend withholding tax) equating to R230 million.

The uncertainty that has characterised the industry for several years is still in place, although some positive indicators are emerging. The South African government recently reaffirmed its commitment to a large-scale infrastructure investment programme which bodes well for the construction division.

A healthy order book is combined with large projects on the radar, satisfactory tender activity and improved margins. In addition, cross-border market activity is improving and we are focusing on specific countries, after careful consideration.

The inflow of funds following the disposal of TWP Holdings which amounted to R877,7 million, will allow the group to significantly reduce debt and improve working capital levels in support of organic growth. The group retains its investment in TWP Investments, LYT Architecture and Basil Read Matomo, an identified growth area for the group.

Human settlements remain a key focus area for the South African government and the developments division is well positioned in this regard, with two new projects breaking ground, Malibongwe Ridge and Savanna City.

The developments division has embarked on a growth strategy to look at opportunities across the African continent. A range of housing development opportunities continue to be explored in Zambia, Rwanda and Kenya with further possibilities being investigated in Ghana and Tanzania.

“A cautious approach is being taken to understand the different markets and to identify suitable opportunities”, said Heyns.

With significant prospects, a strong order book and a recently bolstered balance sheet, Basil Read is optimistic that the building blocks are in place for a successful year ahead and the ongoing sustainability and growth of the group.