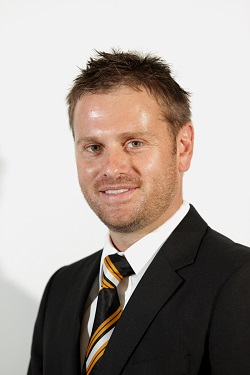 The ClareMart Auction Group has recently announced a new member to their Board of Directors. Originally from the Free State, Auctioneer and Auction Agent, MC Du Toit will join the Board officially from the first of March.

Du Toit is a fourth generation auctioneer and stems from a bonafide auction background and has served as Vice Chairman for South African Institute of Auctioneers from 2009 to 2011 and gained his experience in both Gauteng and Kwa-Zulu Natal. He has specialized in property on both the South and East Coasts of South Africa and since joining the Group in 2011 his skills and curriculum vitae include commercial and residential property. Du Toit has conducted auctions for financial institutions and liquidators and has proven himself capable in the auctioneering of moveable assets although his focus is primarily on fixed property.

Since joining the group Du Toit began to take an active role in auctioneering locally in the Cape. His style and brand of auctioneering has been described as a favourite on the local charity auction circuit.