As the name suggests, the Garden Route, which stretches from Riversdale through to Plettenberg Bay and is home to lush green landscapes, indigenous forests, lagoons, lakes and mountain backdrops, encompasses some of South Africa’s most appealing and scenic coastlines. 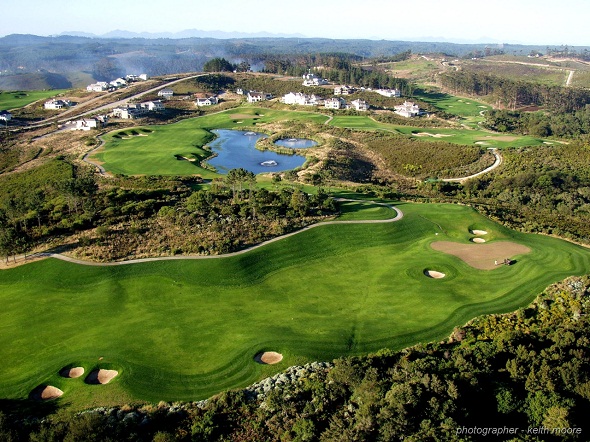 Incorporating world-class golf courses and secure residential estates, this picturesque region is acknowledged as a highly desirable international location which offers a more relaxed lifestyle in a tranquil environment. Knysna was recently voted 2nd Best African City by Conde Naste Travellers in their annual Best in the World reader survey, while at the end of 2010 Sedgefield became the first town in Africa to be recognised with international Cittaslow (Slowtown) status.

Comments Greta Daniel, national sales and operations manager for Pam Golding Franchise Services: “While the residential property market in this region is impacted by the same economic challenges which face the South African market in general, the Garden Route’s housing market remains resilient and in fact over the festive season we have seen an increase in visitors and interest in homes on this coastline. These include internet enquiries off the Pam Golding Properties (PGP) website. Sentiment in the region in general is more upbeat than previously, while from a buyer perspective there are still good value-for-money buying opportunities to be had. Garden route areas reporting a notable increase in interest from home buyers include PGP offices in Knysna, Mossel Bay, George and Plettenberg Bay.”

In Knynsa, PGP also reports a rise in the number of enquiries for residential property, with Pezula Private Estate in demand as well as Leisure Isle. Ling Dobson, PGP’s area principal in Knysna, has just sold a luxury home in Pezula Private Estate for R23 million, bringing the total number of homes sold by PGP in the Knysna area to seven in the month of January (2013) alone. In Mossel Bay, the local golf club experienced increased activity – hosting about 7000 golfers over the five weeks of the summer season, Mossel Bay Tourism reported a general turnaround and positive growth in tourism, while Pinnacle Point Beach and Golf Estate’s Homeowner’s Association ran at 95 percent occupancy during the peak period, with a dramatic increase in leisure rentals. The local PGP office generated approximately 250 enquiries from a variety of sources including a property exhibition at the Langeberg Mall, show days, the internet and walk-ins and phone calls from interested home buyers.

Says Daniel: “Although the activity in the Garden Route is still predominantly for the residential (ie primary homes) rather than the leisure market, this season has elicited encouraging, renewed interest in leisure accommodation, and in addition, there is a demand for retirement properties. PGP Mossel Bay has received a surge in enquiries for homes on Mossel Bay Golf Estate and Pinnacle Point, with some sales concluded during the holiday season and others in progress. While some enquiries are for properties over R2 million, the bulk of buyers are in the price range up to approximately R1.6 million.”

Examples of good buys currently available in the Mossel Bay area are a fully-furnished, four bedroom house on Gondwana Game Reserve priced at R2.475 million, a plot on Gondwana priced at R330 000, a plot at Pinnacle Point for R350 000 and plots in Hartenbos priced at around R250 000. Pletttenberg Bay also offers sound value for money in the current economic climate, with three noteworthy good buying opportunities of a three bedroom home for R850 000 and vacant stands selling for R225 000 and R325 000 respectively. In Still Bay buyers are mostly from upcountry or Cape Town, with houses selling in the R1.2 million to R4 million price range.

PGP’s George office says sales have improved at Fancourt Hotel & Golf Estate, while at Kingswood Golf Estate the number of enquiries for houses and townhouses has increased. Wilderness too has experienced growing interest and enquiries. Sound buying opportunities include vacant land at Kingswood Golf Estate priced from R350 000, including VAT, which is a real alternative for those relocating to the Garden Route and seeking a permanent residence. Says Daniel: “Our experience over the past year indicates that an increase in enquiries in properties priced between R1.2 million and R1.8 million should be sustained in the George area, particularly given the good value for money on offer.

“We’ve also seen increased activity in areas on the Eastern Cape coastline, with Port Alfred PGP experiencing a better holiday season than the previous year, with more interest across all price bands. The Kenton area, including Cannon Rocks (world renowned for its kite surfing), Boknes and Bushmans has reported a marked increase in enquiries, with more serious buyers in the pipeline than in the past three years. Most purchasers are from Gauteng and the Free State, mainly for properties priced below R2 million, including stands priced up to R400 000 as well as front row, top end properties with views.”

PGP’s Jeffreys Bay office reports more visitors and enquiries from home buyers this festive season than in the past three years and holiday accommodation was hard to find even during October and November prior to the peak December season. Adds Daniel: “The holiday market in this area picked up to the extent that as much as 40 percent of sales and enquiries via PGP over December were for holiday homes, and with many enquiries being from Gauteng and Free State holidaymakers looking to purchase later in 2013. There is also a demand for beachfront properties priced in the R4 million to R5 million bracket. Value for money is available with two bedroom apartments in the CBD priced from R350 000, three bedroom homes in the R800 000 price range and similar homes with sea views priced from R1.5 million. Beachfront homes start at R3.7 million.

“Further positive news is that recently there appears to be renewed interest from developers within the Garden Route who perceive the potential for secure retirement complexes. Golf estates or secure gated estates remain an attractive option for current purchasers given that prices have in general not moved upwards much over the last few years, and in addition, these estates offer security for families. At Fancourt PGP has recently received offers above R10 million, which has not been a regular occurrence of late, which means that buyers are beginning to realise the underlying value of the homes and investment that sellers have made in their properties,” adds Daniel.

For further information contact Pam Golding Properties regional office in the Eastern Cape and Garden Route on 046 6361039 or Greta Daniel on 012 346 1667 or email greta.daniel@pamgolding.co.za or bryony.duncan@pamgolding.co.za.