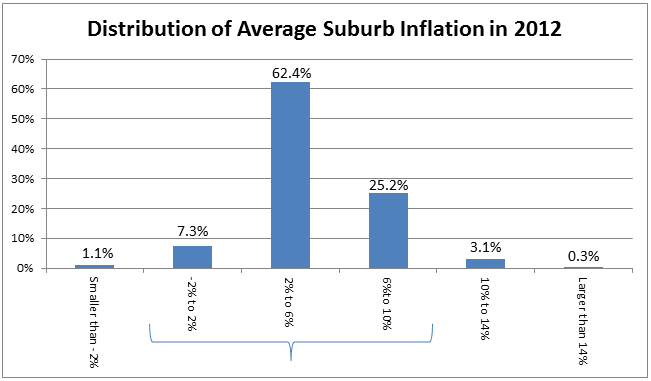 The trend indicates that not only do residential prices grow during times of economic prosperity, but there is also an increase in the variation of residential inflation between suburbs, possibly hinting to the idea that buyers are more discriminating about suburbs during the good times, therefore increasing the gap between high and low growing suburbs. When the going gets tough, buyers become less discriminating, resulting in suburbs growing in a more homogenous way.