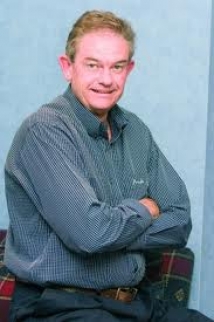 “The corrective action we took last year set the base for an improved performance, with all businesses underlying performance outside of Buildings in line with guidance provided in November. Markets remained tough, with the group continuing to implement the conservative approach previously adopted in terms of both the quality of the order book secured and our philosophy towards cash preservation to fund activity which will support future profit growth.

“We are therefore very encouraged by the improvement in the Contracting order book, with a good cash position supporting this strategy. The overall group earnings delivered during the period also demonstrates an improved performance over the comparable reporting period, with an increase in revenue traded and an overall operating margin percentage increase.

“In terms of the Competition Commission enquiry, the group wishes to respond to recent speculative media reports that have led to some confusion in terms of the markets’ understanding of the Commission’s mandated process. As announced in 2011 already, the group adopted a proactive stance from 2008 in respect of the ongoing investigation by the Competition Commission into alleged anti-competitive behaviour within the construction industry. The group has continued to co-operate with the Commission for the last few years in the interest of determining if it had any exposure and to take advantage of the Commission’s leniency programme to limit the risk of any penalties and/or fines. The group has signed additional conditional leniency agreements with the Commission without penalty as it progresses its investigations. The group does not deem a provision for penalties and fines to be required and has subsequently not raised a provision in these reported results.”

“The overall group reported order book at December 2012 stands at R18,1 billion, with the Contracting (Construction and Construction + Engineering) order book at R13,5 billion. This represents 190% of F2012 revenue, which indicates an increasing line of sight to future trading.

“Our target opportunity pipeline stands at R124 billion, down from R148 billion at June 2012 due to a more conservative targeting of key sector and projects and some awards having been secured. 54% of the group contracting awards during the period came from the pipeline presented in June 2012. The pipeline indicates a swing in favour of power, mining, transport and real estate, with 48% of the future order book likely to come from the rest of Africa.

“The Investments and Concessions cluster is delivering annuity business growth, with group-wide opportunities in active infrastructure sectors in increasing geographies. Manufacturing has been refocused and its performance is improving on higher sales volumes to a broadening number of markets. The disposal of the loss-making Construction Materials cluster has resulted in the reduction in cash drain from the group. The Middle East operations have been substantially reduced and contract close-outs are progressing well, further reducing the drag on group performance.

“Based on the group’s positioning in the key infrastructure growth sectors of power, mining, oil and gas, water and transport and in the concessions and PPP market for specific projects, underpinned by the group’s strong cash position, management expects a further recovery in group activity levels. This should support continued improvement in the group’s trading performance from the second half of F2013.”

Group revenue from continuing operations increased by 15.9% from R4,4 billion to R5,1 billion

The earnings for the period are a consolidation of the following key factors:

This segment demonstrated a strong performance despite the continued effects of the deep recession across the European region and the absence of new concessions awards in South Africa.

There has been progress on some of the delayed public sector building PPPs, with some new projects under consideration. The Renewable Energy Independent Power Programme (REIPP) is running, with Round one projects started and Round two preferred bidders announced. The outcome of the government’s deliberations on the resolution of the Gauteng Freeway Tolling impasse, the dispute over the N1-N2 Winelands concession and the work being done by the Presidential Infrastructure Coordinating Commission will be crucial in providing more clarity on the outlook for transport concessions.

The group continues to progress its strategy of disinvestment from the traditional residential sector in favour of securing A-grade commercial and retail property development positions. Some new projects started in South Africa and some progress was seen in West Africa in line with the group’s African strategy.

Manufacturing produced pleasing results in a market where both traditional private and public sector conditions appear to have bottomed. The comparable reporting period includes closure costs of the steel fabrication business, which were incurred in the first half of F2012.

An increase in volumes traded in Everite and BRI during the reporting period lifted the Manufacturing performance from the last reported results. Capacity in Everite has become a constraint in certain product groups, leading to accelerated capital planning. The modular housing systems business Advanced Building Technologies (ABT) is reflecting increased sales as the technology is accepted in more applications. Group Five Pipe remains tied to large water transport project demand, with improved project awards during the reporting period.

Construction performance was impacted somewhat by end-of contract close out losses in the Middle East. The group purposefully continued to carry costs related to its investment in future opportunities and capacity building in local and new over-border transport and real estate PPPs, as well as geographic expansion.

The private building sector remains extremely weak, although the group has seen an increase in the volume of work coming to the South African market. Operating margins have not worsened, but remain thin. Building and Housing managed to partially mitigate this impact through the contribution of selected public sector building contracts, an improvement in the housing business, as well as improved execution and supply chain savings. However, as guided in November 2012, this was not sufficient to prevent a decrease in operating margins.

Government’s promised new infrastructure spend programme has not yet materialised. However, there has been progress on some of the delayed public sector building PPPs, with new projects under consideration. The coastal region performed well, although margins were constrained. In the short term the Building business will be under pressure while markets are further developed and while new awards against tenders under adjudication are awaited. The Housing business has, however, seen a recent marked improvement in domestic mining and affordable and RDP housing work load.

Civil Engineering includes the group’s civil engineering activities in South Africa, the rest of Africa and the Middle East.

In the Middle East slow but positive progress continues to be achieved in contract resolution, including cash recovery. The good underlying Civil Engineering performance was, however, impacted somewhat by remnant costs incurred, as guided, and which relate to contractual and commercial resources managing contract finalisation and cash collection and less material close out losses on completed contracts.

Tendering activity is high and increasing, both locally and in Africa. The business is proactively mitigating domestic market conditions by progressively rebuilding its African order book in geographies in which the group has prior operating experience and where growth opportunities are stronger.

Projects continues to experience strong activity in sub-Saharan African mining resources markets, which resulted in new contract awards during the period under review. This trend is expected to continue as the business expands its experience in more minerals categories, technologies and geographies. In addition, cross-group co-operation continues as larger multi-disciplinary projects become more prevalent.

The Engineering & Construction (E+C) business was established to deliver technology-based EPC, multi-disciplinary project management and construction, operations and services solutions to selected sectors such as power, oil and gas and water. The target markets have been slow to develop, although the demand in the long term is significant.

The group is encouraged by the private sector’s commitment to renewable energy. During the period the E+C business secured three full EPC power plant contracts in wind and solar for round 1 of the REIPP along with the long term operations and maintenance contracts on these plants. Round two REIPP prospects are developing positively.

The oil and gas business stream has seen an increase in its project and long term services order book.