Emira Property Fund today reported distribution growth of 3,5% for the six-month period ended 31 December 2012, representing a significant improvement in growth prospects from its final distribution for the year to June 2012. 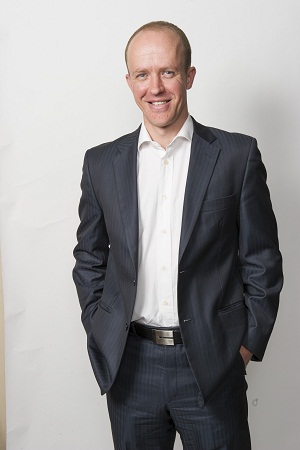 Its total return to investors was 19% for the period, during which Emira’s net asset value increased by 4.4% to 1249 cents per participatory interest (PI).

James Templeton, CEO of Emira, assigns this pleasing performance to multifaceted progress, including improved leasing, with portfolio occupancy levels sailing over 92% for the first time since 2009. He also notes savings on property management fees and lower funding costs supported by restructured debt among Emira’s other performance boosting achievements for the period.

“These results mark a turnaround for Emira. We’ve been aggressive in every area of our business and delivered improvement in every metric,” says Templeton. “We simultaneously improved our property portfolio composition, enhanced our buildings and delivered superior management efficiencies with tight cost and credit controls, which contributed positively to performance.”

The market has already responded well to the fund’s improved fundamentals. Emira’s share price has rerated since the end of July 2012 and continues to outperform. Some 22% of Emira’s PIs in issue traded in the six-month period.

Templeton adds: “Progress made in the period, especially lower vacancies, will also benefit performance forward into 2014. We’ll continue this course of targeted management at all levels.”

JSE-listed Emira Property Fund is a real estate investment trust with a diversified portfolio of office, retail and industrial properties. Its assets comprise 146 properties valued at R9,1 billion and it has a market capitalisation of R7,3 billion. Emira is also diversified internationally through its direct interest in ASX-listed Growthpoint Properties Australia (GOZ), valued at R482 million at December 2012.

“Emira strengthened its portfolio by acquiring an A-grade office development, for R311,5 million and selling three non-core properties for a total R85,9million. This helped improve portfolio vacancies from 10,2% to 7,8%,” says Templeton. Emira also committed to investing close to R600 million in refurbishments and extensions, the largest of which is at Wonderpark Shopping Centre, north of Pretoria.“We will continue to dispose of non-core properties and grow our portfolio with quality acquisitions.”

Income from Emira’s investment in GOZ grew with increased distributions and the depreciating ZAR against the AU$. “We effectively reinvested these distributions in GOZ. Emira’s mandate includes more international investment, but presently we have not identified any suitable yield-enhancing opportunities.”

Emira’s earnings-boosting PI repurchase programme also added to its performance during the period, with 10,7 million PIs repurchased for R137,6 million since December 2011, averaging R12,85 a PI.

Reducing its cost of borrowings, Emira took advantage of lower interest rates in the debt capital market. It issued R400 million of three-month unsecured commercial paper in August 2012 and a one-year unsecured commercial paper for R450 million in November 2012. Emira also restructured its debt swap profile in December 2012. “This should benefit the fund’s distributions by R4,5 million a year,” says Templeton. Emira closed the period moderately geared with a debt to total asset ratio of 28,4%.

Benefiting from a lower property management fee negotiated with Eris and other savings, Emira’s property expenses dropped by 0.3% over the comparable half-year period, resulting in its property expense to revenue ratio improving from 39.8% to 37.9%.

To unlock further value with property management, Emira appointed Broll Property Group as specialist manager of most its retail property portfolio, comprising 26% by lettable area and 47% by leases, from January 2013. Templeton notes this will also drive improved performance in future.

“We are pleased with the headway made. Emira has worked hard to achieve this turnaround and will continue to build on its performance to gain ground in the sector. We will go on identifying and pursuing revenue enhancing opportunities which support sustainable, growing income for Emira’s investors,” says Templeton.