Diepsloot, one of the fastest growing areas in Johannesburg, is to benefit enormously from the Gauteng Provincial Government’s endeavours to revive industrialisation and promote the development of small, medium and micro enterprises (SMMEs). 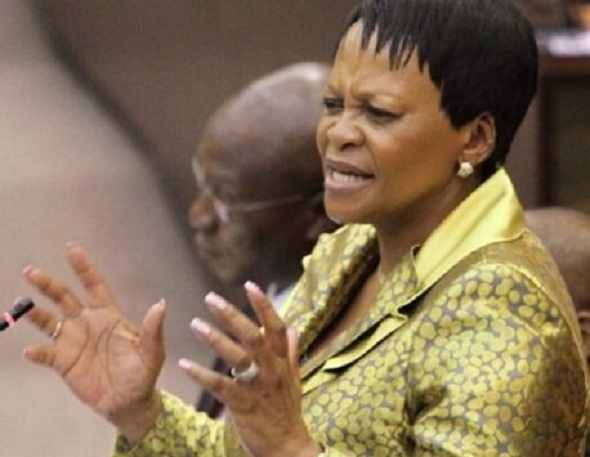 Delivering her State of the Province Address in the Gauteng Legislature earlier this week, Gauteng Premier Nomvula Mokonyane said the provincial government had partnered with Century Property Development Company to establish a R1, 6 billion industrial park in the Diepsloot area.

Mokonyane said the project, for which R370 million had already been raised from the Jobs Fund, would create more than 15 000 jobs on completion. The construction of Phase 1, which consists of an SMME incubation hub, is expected to start within the next few months.
The number of jobs that will flow from the project is over and above the 196 000 job opportunities to be created through the expanded public works programme throughout the province.

The premier also announced that the provincial government was making progress in strengthening Gauteng, including the City of Johannesburg, as a business and leisure tourism destination in South Africa.

“Projections show that by increasing the length of stay in the province by one night we can potentially create 24 000 new jobs. This will be achieved through improved marketing efforts through the Visitor Centre at OR Tambo International Airport and the Johannesburg Visitor Information Centre at Sandton Square,” Mokonyane said.

Some of the initiatives that the premier believes would boost the tourism sector in the province include the recently launched City Sightseeing tourist bus service in the City of Johannesburg, the expansion of the hotel at Maropeng for conferencing and leisure purposes, expansion of the Dinokeng Game Reserve by 40 000ha and making the Nelson Mandela Centre of Memory as an anchor attraction at Constitution Hill.

“In making Gauteng the preferred destination for investors, we will in the coming month be launching the Gauteng Investment Centre (GIC) to ensure facilitation of the business start-up process – from the initial application to the start of business operations. We have also [initiated] export development programmes for Gauteng companies that are looking to exporting their products [to] others regional markets, with a strategic focus on Africa,” Mokonyane said.

She said the provincial government had secured approval from the Department of Trade and Industry to create a “smart city” special economic zone in Nasrec.

“The infrastructural development interventions constitute intermodal public transport such as park and rides, kiss and ride and waiting areas as swell as non-motorised transport walkways and cycle lanes.”

She said intermodal facilities were being developed in Roodepoort, Vereeniging and Germiston stations.
“Engineering studies and concept designs have been completed, with construction targeted to commence in the new financial year. These are all being done in partnership with Prasa (Passenger Rail Agency of South Africa) and municipalities,” Mokonyane said.

“The infrastructure development and intermodal transport network we are delivering is turning Gauteng into a modern city-region that can hold its own among the best in the world. Without any doubt, we have started and will continue to transform our society for the better,” she said.

The premier added that the provincial government was working closely with its municipalities with a view to expanding the highly successful Rea Vaya bus rapid transit (BRT) system in Johannesburg and launching it in Tshwane.

“Planning is being undertaken in the City of Ekurhuleni to introduce a BRT system as well. We will seek to ensure local production of the new BRT systems,” Mokonyane said.

On housing, the premier said to address the high concentration of informal settlements in the province, the provincial government had in 2009 earmarked several of these for an upgrade.

She said the provincial government had, to this end, acquired 45 land parcels for an upgrade and would in the 2013-2014 financial year allocate R240 million for the acquisition of 15 properties to be developed for low-income and affordable housing.