The City of Cape Town’s Mayoral Committee has approved a recommendation to make approximately R15 million available for the Greater Tygerberg Partnership (GTP) over the next three municipal financial years. 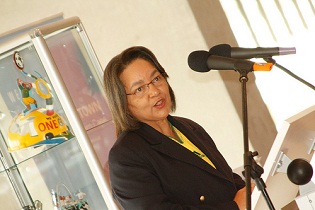 This recommendation will serve before a full Council Meeting on 27 February 2013 for final approval.

In December 2012 the City signed a Memorandum of Understanding(MoU) with the GTP.

The MoU set out the intention of both parties to enter into a partnership in support of, and aligned with, the City’s Urban Regeneration Programmes, including the Voortrekker Road Corridor.

“This is in line with our aim of building an Opportunity City that creates local centres of economic opportunity in which jobs can be created,” said Mayor Patricia de Lille.

The parties to the MoU will jointly aim to “inclusively facilitate an innovative approach to the management, development and promotion” of the area broadly demarcated as the area previously incorporated under the former Tygerberg Municipality.

A disbursement in the form of a Section 67 grant will be made to the GTP as follows:

The GTP has set itself a number of short, medium- and longer-term objectives which will be aligned with the City’s priorities. This is in order to achieve urban regeneration in the Tygerberg area.