A major change in the residential property sector is taking place without many people being aware of it, says Andre Piguet and Ursula Otto, franchisees of the Rawson Properties Mossel Bay franchise – and their newly acquired Rawson Auctions Garden Route franchise. 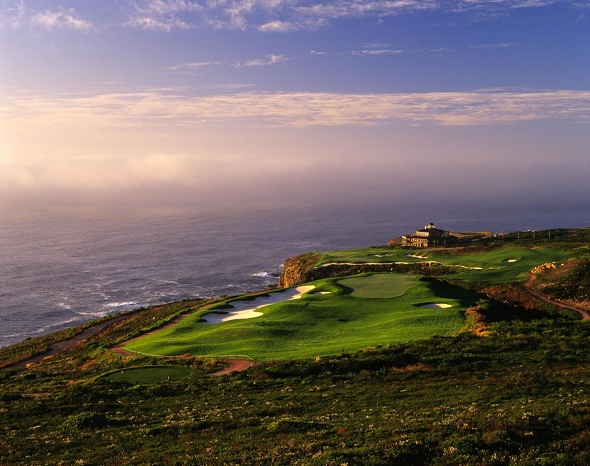 The change which they are referring to is the growing acceptability of auctions as a means of selling and buying residential property.

“In the past,” said Piguet, “auctions were generally seen as a desperate last resort when all other means of selling had failed. Today, we are finding that many sellers will go the auction route from the start because they have realized that, with their ability to set a reserve price, there is no need to accept a too low offer and because they have seen that auction prices can actually be higher than those achieved by a conventional estate agency operation of the kind we also run today.”

This, he said, is particularly true when the owner is in a distressed position and may need to achieve a quick sale.

“We are handling many such properties but we do so without squeezing the owner,” said Piguet, “we understand their predicament and we position ourselves firmly on their side. We then give this one property a degree and scale of attention, exposure, advertising and publicity that is simply not possible when it is just one of a portfolio that the estate agent is trying to sell.”

A very good example of the sort of success that can be achieved, said Piguet, is the sale by auction of a luxury Knysna Heads property brought to the market by Rawson Auctions Garden Route recently. The sale price achieved, he said, was R5 million.

Even where the target price is not realized at the auction, said Piguet, the exposure given to the property can result in it being sold at a satisfactory price after the auction – or in a few cases, prior to the auction.

What is more, said Ursula Otto, is the fact that Rawson Auctions Garden Route can operate from Albertinia to Humansdorp and this means that they can cast a very wide net, selecting the best properties that come up for sale.

“Since we opened our doors towards the end of last year, this new division,” she said, “has had so many enquiries that it looks as if we will be holding one auction per fortnight this year.”

Piguet added that, as much Garden Route property is sold to upcountry buyers today, there will be growing usage of online bidding and the Rawson Property Group is taking steps to make this streamlined and sophisticated.

The Rawson franchisees also reported that the bottoming out of the Mossel Bay property market, which dropped 25 to 35% in the recession years of 2008 to 2009, is now taking place and, although significant price rises are very unlikely for the foreseeable future, they could take place within 12 to 18 months.

Driving prices at the moment, said Piguet, is the influx of new industry and development to Mossel Bay – namely the new offshore gas drilling operation run by PetroSA, who are currently busy with a second drilling rig and have looked to foreign investment for a third rig for deeper waters, which should be active in the following six months. PetroSA’s intended growth for Mossel Bay includes, subject to the environmental studies and coastal impact studies, an off shore harbour which will accommodate larger oil tankers for the importing of gas and fuels to continue the flow of production over the next 20 years, while all drilling plans are underway.

The multi million rand Point tourist development, spearheaded by the municipality has been given the green light with all approvals passed for what will become an international Heritage Site, making Mossel Bay a very desirable tourist destination. In addition, the forthcoming harbour development, which will be known as the Mossel Bay Waterfront is back on the drawing board and it has been estimated that this development will eventually result in approximately R2,5 billion rand worth of improvements. The municipality, headed up by Dr Michelle Gratz, has issued its full support for the proposed project but is now dependent on both Transnet and government to complete their negotiations before it can commence into the construction phase.

Skilled artisan and junior management staff working on these and other enterprises, said Piguet, are able to pay anything from R3,500 to R12,000 per month for in-town apartments and houses and their demand is supplemented by on-going interest from regular holiday makers and people wishing to retire to the area.

It has to be accepted, Piguet said, that, like George, Mossel Bay is now seen as a tourist destination of choice, offering a golfer’s paradise, with some 20 of the top golf courses in the world such as: Fancourt, Oubaai and Pinnacle Point, many of them internationally ranked and within easy reach of the city centre. The surf, rock and deep sea angling within Mossel Bay is also said to be the best in South Africa and the area has a near-perfect climate with less than 20 rainy days per annum.

It should also be noted that Finweek, one of South Africa’s most prestigious financial magazines, named Mossel Bay the best place in the country to do business.