South Africans can expect to see more shopping centres built in 2013 as retailers roll out new stores to unlock markets, despite a sluggish economy. 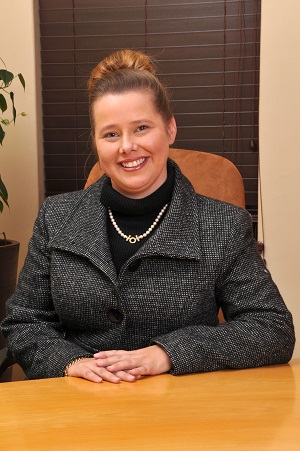 “For the next two years, new shopping centres bigger than 30,000sqm include several greenfield developments of large regional shopping centres on the fringes of our metropolitan areas,” says Stops. “Residential growth in their immediate vicinity will drive the sustainability of these centres.”

Infill shopping centre development, where there is already a large numbers of households in an area underserviced by retail, will also occur. “This capitalises on existing infrastructure and these centres should act as catalysts for other commercial activities,” says Stops.

South Africa’s retail sector is the third most important contributor to the country’s GDP.

Major metropolitan areas, such as Joburg, Cape Town, eThekweni and Tshwane, have the highest population growth figures by far. This impacts the needs for housing, job creation, schools, and general infrastructure, including retail centres.

Boasting higher population growth and household income than other provinces in South Africa, Gauteng and Western Cape will be the focus of shopping centre development in coming years.

These two provinces also have the highest average annual household income. South Africa’s average household income is around R9,000 to R10,000 a month. Averages for the Western Cape and Gauteng range between R12,000 and R13,000 monthly.

Stops reports that shopping centre development plans underway for 2013 to 2014 will create some 600,000sqm more retail space in shopping centres over 30,000sqm alone. However, this growth rate of 3.8% is subdued compared to recent years.

Most of these larger shopping centres – around 72% – are in South Africa’s five metropolitan areas. The rest are mainly in cities, with only 3% in rural areas.

“Several shopping centres are built in rural areas, but most are smaller. However, some should expand above 30,000sqm this year,” says Stops. “Many suitable rural areas have already gained retail development in recent years, but there are still growth opportunities here.”

However, in a competitive market and subdued economy, every shopping centre development must guarantee it’s financial feasibility before breaking ground.

“Prudent shopping centre development needs sufficient population and income in a local trade area,” explains Stops. “The market must be sustainable with adequate supporting households and enough disposable income. With this in mind, the demand for retail space will keep on increasing in Gauteng and Western Cape, while this growth will be much lower in other provinces.”

Established shopping centres will remain under pressure to stay competitive in the prevailing economic environment.

“Beside our shopping centre owners and managers developing innovative strategies for tenant mix, advancing service levels and investing in an attractive shopping environment, there are other important factors needed to support a healthy shopping centre industry and economy,” says Stops. She notes the key to future growth in South Africa is stability and strong GDP growth where new job opportunities can be created.