Prime located, central London residential property continues to retain its shine not only from an international perspective but also in regard to South African investors, says Dr Andrew Golding, CE of the Pam Golding Property group.

Embassy Gardens, view across the Thames

“Against a backdrop of the Eurozone crisis, the London market remains resilient and appealing, and continues to perform well with sound growth both in terms of capital values and rental yields. For decades cosmopolitan London has held strong appeal for international buyers not only as a globally acclaimed, sought after destination but also as a safe haven, particularly among high net worth investors worldwide. Demand outstrips the supply of housing stock generally, further boosted by the fact that since the year 2000 an additional 400 000 jobs have been created in London across a broad range of sectors. This is coupled with the fact that London offers broad benefits as a desirable place to live and work,” says Dr Golding.

Savills also report that a record number of London homes worth £5 million plus changed hands in 2012 as demand for the capital’s residential real estate remains strong despite increased taxation announced in the UK’s spring Budget.

Comments Jane Clough, London sales manager for Pam Golding Properties International & Projects Divison: “Traditionally, London has proven a popular location for South African buyers, many of whom have family overseas or require a London residence for part-time business or personal use.

“Currently we are marketing a number of sound investment opportunities which are conveniently positioned, and which comprise lock-up-and-go apartments in accessible price ranges for South African purchasers. Embassy Gardens, on the South Bank of the River Thames in London, SW8 is the centrepiece of an eagerly anticipated development in the heart of the city’s most significant riverside regeneration area, known as Nine Elms.

“Over the past 30 years the South Bank of the River Thames has made an extraordinary transition from industrial heartland to an internationally recognised cultural destination. Today its attractions include the London Eye, National Film Theatre and Royal Festival Hall. This vibrant node extends through Albert Embankment and Vauxhall to Battersea, connecting the old Bankside Power Station (now the Tate Modern), with a new town centre at Battersea Power Station. Vauxhall has already established itself as a fresh, distinctive nightlife destination with an increasingly popular blend of cafes, bars, galleries and nightclubs. As it continues to benefit from a wave of new investment and new public space its vitality and appeal will continue to grow,” adds Clough.

The Embassy Gardens residential development comprises suites, one, two and three bedroom apartments plus penthouses as well as comprehensive leisure facilities including a cinema, pool, business centre, games room, residents’ bar, gym and spa. With landscaped gardens and 24 hour concierge, secure valet parking is also available. A retail component will include cafes, restaurants and Waitrose. Residential units are priced from £655 000. Embassy Gardens is being developed in stages, with approximately 2 000 residential units being brought to market over several years. 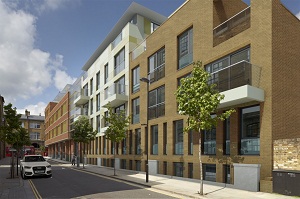 In the Regent Quarter in London, N1, just four minutes’ walk from Kings Cross St Pancras underground station, one and two bedroom apartments offers a tranquil oasis with its intricate pattern of alleyways, mews and courtyards set within a thriving district. There are a total of 35 apartments, with prices ranging from £445 000 – some with outside space, and parking is available. The units will be completed in March 2013. In addition to the residences Regent Quarter incorporates offices, a hotel, restaurants and cafes.

Says Clough: “King’s Cross St Pancras underground station serves six different Underground lines, taking you to more than 150 London stations without changing line. With the City and West End only three stops away, nowhere else offers a better place to be based within central London. Kings Cross is undergoing a £2 billion regeneration which in addition to the transformation of the railway station will create a major new cultural hub in London.”