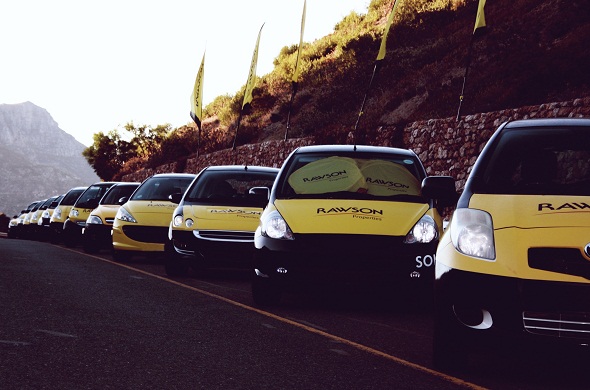 Tony Clarke, Managing Director of the Rawson Property Group, has recently completed a whistle-stop tour of South Africa, in the course of which he attended award evenings in four cities – Cape Town, Johannesburg, Durban and Port Elizabeth.

After a very successful year, countless awards were bestowed – but what will almost certainly stick in the minds of those who were present at these functions was that Clarke was able to reassure his group’s franchisees throughout the country that the ultra-ambitious goals that he and the Rawson directors set for the group in 2009/2010 are being met.

In the years referred to, Clarke said that it was the Rawson Property Group’s aim to have the largest national footprint of all the South African estate agencies by the end of 2015. To achieve this, he made it clear that the group would need to establish 100 new franchises annually and to have representation in every one of the nine South African provinces. Initially at least, he said, they would have to aim for a 40% turnover growth per annum. In addition, the group would have to be capable of offering a one-stop service that included rentals, commercial property and auctioneering – all handled through independent franchises. Also, Rawson Finance, the bond origination division, run as a head office service to franchises, was given similar growth targets.

At the 2012 end of year functions, Clarke was able to report that, with three or four weeks still to run, the Rawson Property Group had grown by 36,75% year-on-year and it had established no less than 51 new franchises in 2012, to arrive at a current total of 192.

Furthermore, said Clarke, all this had taken place against a background in which many major agencies had cut back and reduced both their staff and branch or franchise offices. On the information available to him, he said, it appears that the only other South African estate agency group to rival the Rawson Property Group’s growth had achieved only a 16% improvement.

Clarke stressed, too, that the growth was definitely not due only to setting up new franchises. In many cases, existing franchises throughout the country have significantly increased their market share.

Clarke added that the ‘lively’ Rawson brand continues to attract high calibre entrepreneurs who now believe that the Rawson Property Group provides a really comprehensive back-up service, is fast growing and is a front-runner in property-related IT for communication and marketing purposes. They also, he said, now operate one of the best management and business lead systems in the country.

“The general perception is that we are better positioned in the most active markets than most estate agencies,” said Clarke, “and it seems that not only are we growing faster than other estate agency groups but we are also getting a great deal more fun out of it.”