A ground breaking multimillion rand venture known as the Newmarket Park Development is set to change the Alberton CBD with the belief that it will bring even more development to this growing area. Designed to benefit the surrounding community the project has commenced with the development of a new Makro store, which is being funded by Nedbank Corporate Property Finance who retains a significant equity stake in the development through its investment arm. 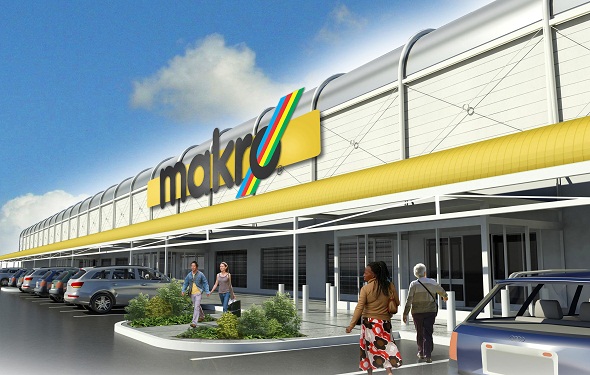 The Newmarket Park development has been made possible through a partnership between Nedbank Corporate Property Finance’s investment arm (acting through Linton Projects (Pty) Ltd) and Rejem Property Development (Pty) Ltd.

“The Newmarket site measures approximately 77.3 hectares in extent – the size of around 106 rugby fields – and enjoys a good location as it is situated south-east of the CBD of Alberton. It is surrounded by well established residential areas. In addition to the Makro, a variety of other components are being considered, which will be constructed in more than one phase, resulting in a mixed-use development. At this stage, the first phase of the retail component will comprise a 30 000m² retail centre, which is expected to be anchored by Checkers,” says Ken Reynolds, regional executive: Nedbank Corporate Property Finance, Gauteng.

The Newmarket site holds a variety of rights, including rights to develop retail, offices, hotels, hospitals, and others.

Construction of the Makro store, situated on six hectares, has reached an advanced stage, with opening scheduled for 24 April 2013. This is the third Makro that Nedbank has financed this year.

On completion, the building will offer Makro retail warehousing space which includes an open floor or trading area, a separate liquor store, a butchery, chillers and an office component. It is estimated that the project will create 400 jobs during its construction phase and many permanent jobs when business commences.

Reynolds notes that Nedbank Corporate Property Finance has already provided funding to the Moolman Group to develop Makro Bloemfontein – the first of its kind in the Free State province, and has previously partnered with Eris Property Group to bring Makro Cape Gate in Brackenfell to the Northern Suburbs of Cape Town. Currently there are 18 Makro outlets countrywide trading in food, general merchandise and liquor.

Makro is the trading name for one of the trading divisions of Masstores (Pty) Ltd, a subsidiary of Massmart Holding Ltd. Massmart is a JSE listed company in the Consumer Services Retail Sector and has solid future growth prospects, given its recent acquisition by the US giant Walmart, which now owns 51%. 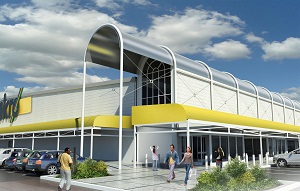 The Massmart group comprises nine wholesale and retail chains and one buying group – 330 stores and 633 buying group members. The focus is on high-volume, low-margin distribution and the group operates in 12 countries in sub-Saharan Africa through the Group’s four operating divisions – Massdiscounters, Masswarehouse, Massbuild and Masscash.

“Well known to Nedbank Corporate Property Finance, the Moolman Group is a successful developer who has worked with Massmart in the past as they roll out their Makro stores across the country. This project is just the start of the Newmarket Development and Nedbank is proud to be associated with such a promising venture. We look forward to future partnerships with Rejem, the Moolman Group and Makro,” concludes Reynolds.