The value of outstanding credit balances in the South African household sector recorded growth
of 9,9% year-on-year (y/y) at the end of 2012, up from 6,3% y/y as at the end of 2011. The
growth of almost 10% in household credit balances ending 2012 was largely driven by the
components of instalment sales and unsecured credit, with mortgage balances growth that
remained subdued. Growth in instalment sales balances (15,3% share in total household credit
balances) came to 19,5% y/y at the end of December last year, with growth in unsecured credit
balances (22,8% share) at 28,6% y/y. 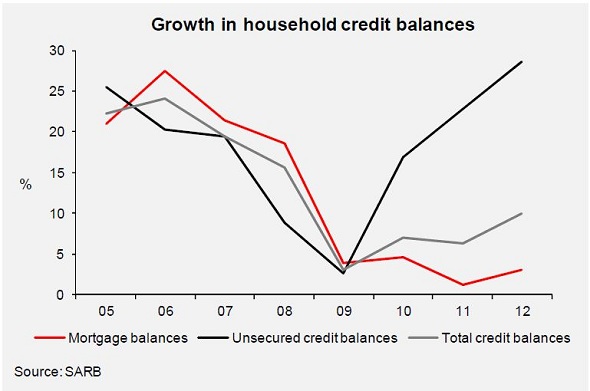