December 2012 saw year-on-year growth in the average value of homes in the middle segment of the South African housing market rising further. This came on the back of slowing house price growth twelve months earlier in late 2011. However, month-on-month price growth has been on a steady declining trend during the past few months, which is set to eventually impact year-on-year price growth. These trends are according to the Absa house price indices, which are based on applications for mortgage finance received and approved by the bank in respect of middle-segment small, medium-sized and large homes. 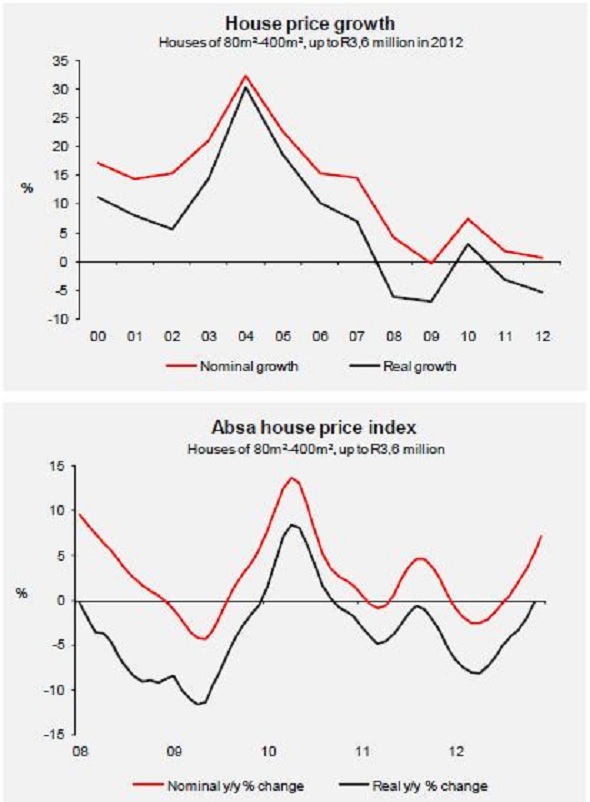 Prices of middle-segment homes increased by a nominal 0,6% in 2012, after rising by 1,7% in 2011. In real terms prices dropped by 5,4% in the first eleven months of last year, with real price deflation of 2,9% evident in the corresponding period in 2011. Nominal year-on-year price growth of 7,1% was recorded in December 2012, up from a revised 5,3% in November. Real annual house price deflation still occurred in the large-home segment up to November, with prices of small and medium-sized homes showing some real growth in the past two months.

The forecast is for the South African economy to grow by a real 2,8% in 2013, after expanding by an estimated 2,5% in 2012. The country’s economic performance will this year still be affected by global economic trends and domestic developments and conditions.

Headline consumer price inflation remained below the 6% level up to late 2012, but some
upward pressure was evident as a result of rising food prices, transport costs and property running costs. However, the forecast is for inflation to remain below 6% in 2013, with the result that interest rates are expected to stay at current levels in the next twelve months.

In view of current conditions in and prospects for the economy, the household sector and the residential property market, house price growth is forecast to remain relatively low in 2013 compared with growth of a few years ago. 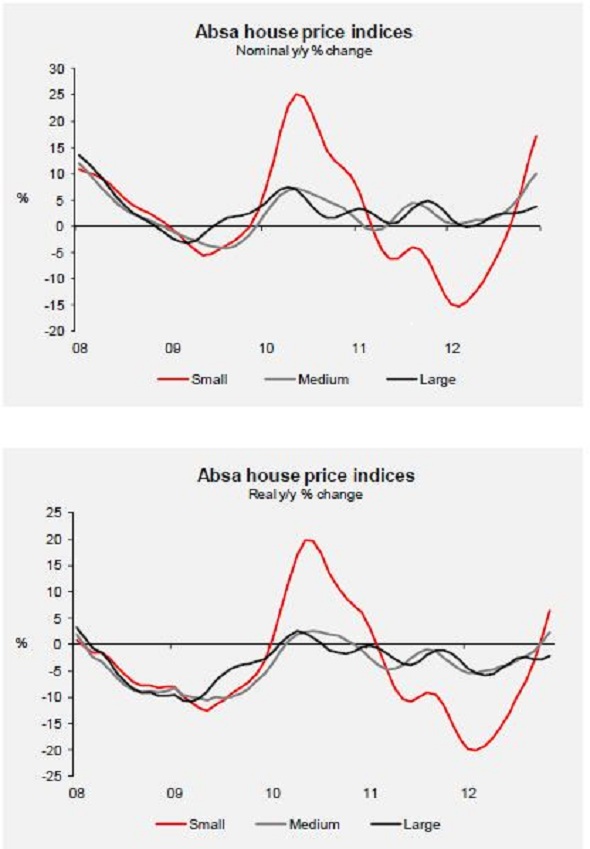