Generally, in a subdued market, such as that currently experienced in the residential property market, there are areas where good value, facilities, or industry become the drivers for demand, and this is the case in the Eastern Cape, says Greta Daniel, national sales and operations manager for Pam Golding Franchise Services. 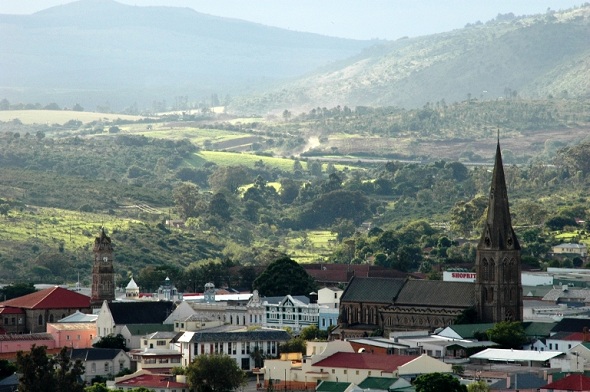 “Pam Golding Properties’ (PGP) sales in East London, particularly at the top end of the residential property market, have highlighted buyers’ interest in a desirable lifestyle and excellent position, as well as business opportunities – for example in the light industrial sector in areas such as the city’s west bank,” says Daniel.

“In East London, Nahoon and Bonnie Doon have always been regarded at prime areas with their great vistas and proximity to the river and sea, and this year (2012) our local office has sold homes in the R6 million and R7 million range, one of them an iconic property. Another ‘lifestyle’ opportunity in the R6 million price bracket, comprising a smallholding with a Cape Dutch home and another historic building on site, was also sold by PGP. The purchasers of these properties were all locals, demonstrating not only their desire to enjoy all the benefits and attractions these special properties offer, but also their confidence in the local business environment.“

Inland, the PGP office in Grahamstown has successfully negotiated and concluded a number of high priced sales for the small character-filled town, which is renowned for its educational excellence. Last year (2011) the highest priced sale in the town was concluded by PGP in the R8 million bracket, and during the course of this year (2012) sales in the R4 million and R5 million brackets have been concluded. Says Daniel: “The renowned university and seats of learning offer outstanding educational and cultural opportunities for scholars, and also contribute to driving investment on the nearby coastline.”

She says from Kenton on Sea to Cannon Rocks there has been unprecedented demand for homes, mainly in the R1 million to R2 million price range, but with some notable sales at higher levels. “Some of these buyers are from Gauteng and as parents with school-going children they find it convenient to have a haven for rest and relaxation at the Blue Flag beaches of Kelly’s in Port Alfred and Kariega in Kenton on Sea, only some 40km from Grahamstown.

“Port Alfred, although populated by many permanent dwellers, also enjoys a demand for leisure homes due to its close proximity to Grahamstown. The Royal Alfred Marina was recently awarded the coveted international Blue Flag status and PGP, as a preferred agent on the Marina, recently concluded a R6.4 million sale on the canals – of a luxury property with a sea view – to an overseas buyer. Nearby, in the appealing Kleinemonde area, a local buyer secured a prime piece of farmland well situated in the middle of the two rivers, priced in the R6 million bracket.”

Adds Daniel: “For small towns these are noteworthy examples of home buyers seeing the value in special, highly desirable locations, and taking up these opportunities which do not often present themselves. It confirms the fundamental belief in wealth creation through sound investment in property.”