When his squatter camp shack and its contents were destroyed by fire recently, Boksburg gardener Joseph Moiane and his family faced a bleak and homeless Festive Season and a New Year filled with uncertainty. 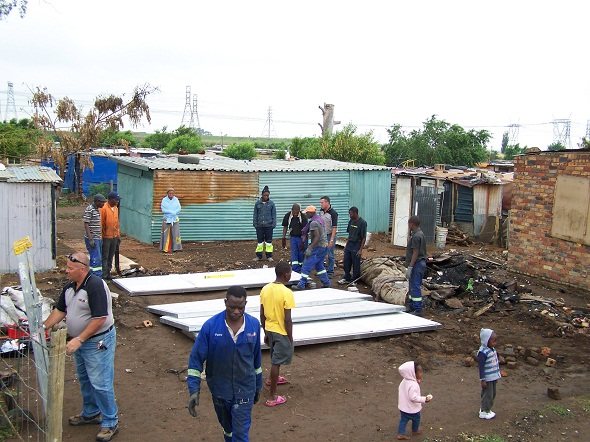 But, thanks to the combined intervention of three private sector ‘Good Samaritans’, Christmas has come early for the Moiane family – in the form of a ‘gift’ that includes not only a new home, but also replacement furniture and clothing.

Vel’ekhaya is rapidly gaining ground as the solution of choice to the socio-economic problem of informal shack living in South Africa. It is a cost-effective and relocatable solid-panel modular housing unit that can be bought “off-the-shelf”, transported in a flat-pack, and easily erected by four people in just three hours (with the use of basic tools). 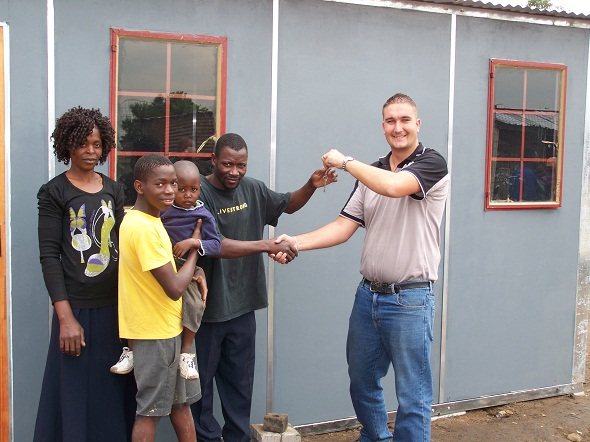 Karel Bietje, Vel’ekhaya Category Manager at Vela Building Solutions, handing the keys of the house to Joseph Moiane and his family

“Vel’ekhaya is not only an ideal step-up from sub-standard housing, but can also be used as a backyard rental unit; emergency housing or shelter; temporary classrooms; contractor camp accommodation; temporary offices; and store rooms,” says Vela founder and CEO Brent Harris. 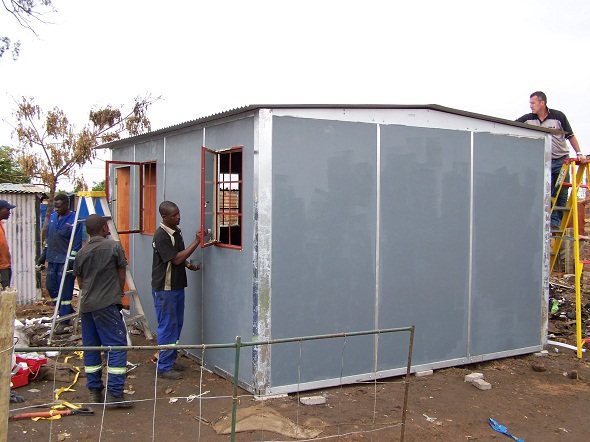