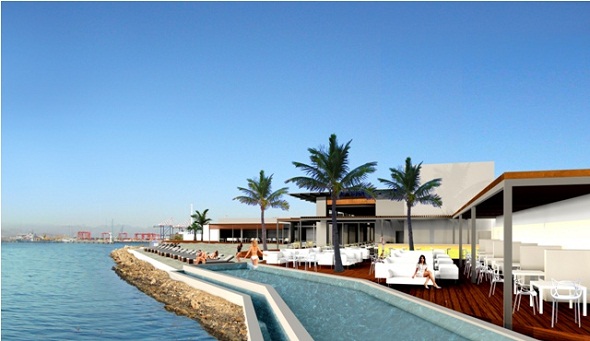 Shimmy Beach Club to open on the 7th of December

A new multi million rand development on the south arm of the harbour in Cape Town’s prestigious V&A Waterfront, Shimmy Beach Club, is set to become the city’s premier ocean-front dining & lifestyle destination when it opens in on the 7th of December. 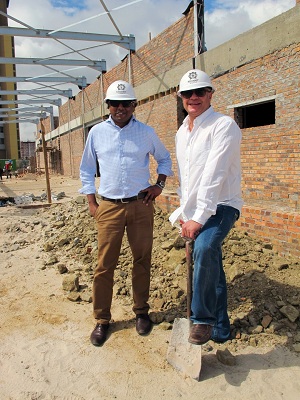 Influenced by some of the world’s most glamorous and fabulous entertainment venues, the 2000m2 Shimmy Beach Club, along with a spectacular location, private beach and expansive outside deck, is approachable by car, helicopter or boat.

Well known Cape Town businessman and Shimmy co-owner, Shawn Mace, together with one of the city’s most celebrated chef’s and fellow co-owner, Seelan Sundoo, are excited about the prospect of creating a world class venue in Cape Town and have had the vision of the Beach Club for the past three years. “Besides providing a great venue for a night out, Shimmy will also create a number of job opportunities in the city’s hospitality industry with 120 staff to be employed,” says Shawn Mace.

The ambitious project was turned into reality through additional funding sourced from consortiums in Angola and China with the vision of co-owners Mace and Sundoo to expand the concept into Africa.
Tweet