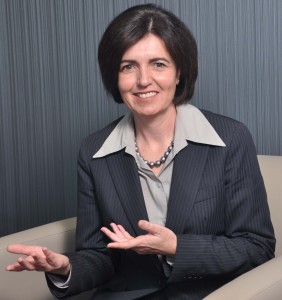 South African businesses experienced growing debt stress levels in the second quarter of 2012  – to break a downward trend in force from 2010.

Statistics sourced and analysed by Experian, a leading global information services company, show that both average debtors’ days, as well the debt age ratio – the ratio of debt owed older than 90 days as a percentage of debt owed under 60 days – accelerated in Q2.

Average debtor’s days for businesses rose from 48,8 in Q1 2012 to 51,3 days in Q2. The debt age ratio showed an increase based on the fact that debt owed in the 90-120 days and 120-plus days categories showed a relatively sharp increase in year-on-year growth in Q2, while growth in debt owed in the categories less than 90 days slowed down.

The increase in Q2 is the first increase after both indicators followed a mostly downward trend from 2010.

“However,” says the report, compiled in conjunction with Econometrix, the Johannesburg-based economics research unit, “while this might appear alarming at first, it should not be seen as a particularly severe deterioration. In addition, it does not yet incorporate the benefit of the most recent interest rate reduction in July. The impact of the latest reduction in interest rates will only be visible in the Q3 indicators.”

The analysis reveals that the initial impetus to the improvement in business credit health had stemmed from the sharp fall in interest rates through 2009 and 2010, with businesses and consumers’ balance sheets benefitting from 38-year lows in interest rates.

In the wake of the intensification of the Eurozone debt crisis and the fears that existed a few months ago that Greece would leave the Eurozone, consumer and business sentiment surveys have suggested that confidence in the South African economic outlook has also deteriorated in recent months – a phenomenon compounded by the SA Reserve Bank’s decision to reduce interest rates early in July.

“However,” says Michelle Beetar, MD of Experian SA, “analysis of the Q2 data suggests that economic growth during that quarter might well have accelerated significantly compared with Q1. All the sectors, with the exception of manufacturing showed improved performances in Q2.

“Overall, therefore, one suspects that the actual level of economic activity has tended to confound the pessimistic assessments garnered from confidence surveys.”

Be that as it may, Experian concludes that economic growth may eventually subside late this year – for reasons that include the impact of the global economic slowdown.

“As it is, the slower growth in exports has resulted in a deterioration in the country’s terms of trade which is beginning to weigh down on domestic economic growth.”

Also contributing to the prospect of an economic slowdown late in the year is the rapid growth in consumer spending, which has been partly linked to an explosion of unsecured lending. And providers of such lending have become a little more cautious in recent times.

Even so, Experian is confident that a reduction in growth of consumer spending and, even partial progress towards the implementation of government’s large-scale infrastructural investment projects, is bound to provide some stimulus to domestic economic growth.

“Some will argue that private sector investment is already languishing as a result of global uncertainties and concerns about the possibility of nationalisation and increased government interference in the economy.”

An analysis of the data by sector in Q2 reveals that the wholesale retail and trade sector accounted for the largest share of total debt owed by businesses to business with a 31,2% share, followed by the transport sector at 12.% and mining with 11,5% .
Tweet