AltX-listed construction group, Erbacon Investment Holdings Limited, returned to operating profitability for the six months ended August 2012 and completed a recapitalisation and restructuring of the group. 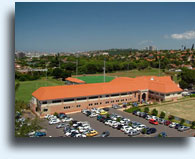 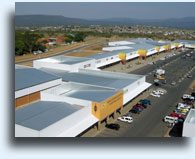 The group increased revenues by 37% to R758m after seeing strong growth in both its civil and building construction activities. The group made a profit of R26m for the period before depreciation and bank interest charges.

Black-owned private equity investor Medu Capital now owns 52% of the company’s equity, making Erbacon one of the most empowered companies in the sector. In addition, management owns a further 20% of the group’s equity.

Following the recapitalisation, the group’s liquidity position has materially improved. It has cash of R97m on hand, minimal asset based financing debt of R12m, and unutilised overdraft facilities of R40m.

The civil construction division, Civcon, increased revenue by 15% and continued to grow its capacity in civil engineering construction. Most of the division’s contracts were completed profitably and several commercial claims in its favour satisfactorily resolved. These benefits were, however, somewhat negated by completion costs incurred on some poorly selected tenders in the difficult trading conditions in the construction sector post the 2010 World Cup. Civcon is also currently involved in construction activities at both the Medupi and Kusile power stations, major urban renewal programmes for municipalities, and road contracts.

The Commercial and Industrial division, Armstrong Construction, increased revenue by 116% by increasing the scope and geographic footprint of its operations. The division was engaged in work in KwaZulu-Natal, the Eastern Cape and Gauteng during the period. It is building a R200m warehouse for a private client in KwaZulu-Natal and a R135m school-build for the government.

Company CEO, Sean Flanagan, says the recapitalisation programme has positioned the group to take advantage of the upswing in construction activity. He says the group has also made progress towards its “Best-in-Class” strategic objectives comprising the development of a quality order book, project execution and business sustainability.

Flanagan says the group’s forward order book has grown to R1, 3bn. He notes that construction activity in the mining and resources industry remains consistent while tender activity from government continues to improve.

He further says that the current low interest rate environment, increased Rand-denominated mineral prices and the need for government to deliver on its infrastructure programme, should ensure that the group continues to increase its revenue and profitability in the current period compared to the previous year.
Tweet