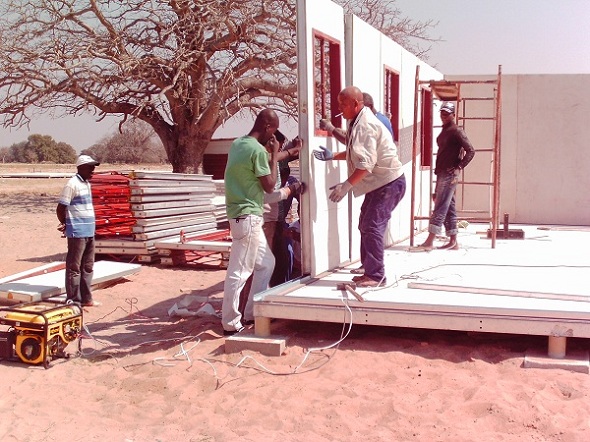 South African exports of home grown alternative building technologies (ABTs) into Southern Africa are gathering pace across an increasingly wider footprint as the region continues to ride a wave of economic growth and infrastructural development.

At the forefront of this process is Gauteng-based Vela Building Solutions which, as part of its strategic African expansion plan, has just established local operations in Mozambique (where annual economic growth is tracking above 7%) and Namibia, says CEO Brent Harris.

The company is also reinforcing the deep market footholds it has in Angola, the Democratic Republic of Congo (DRC), and Zambia. In addition, opportunities are being assessed in other countries in Southern Africa – which is forecast to be the second fastest growing region in the world over the next 10 years.

Vela Building Solutions is the region’s leading provider of innovative, quality, rapid and sustainable Modular, and other, building solutions (as an alternative to bricks and mortar) in the construction of low-cost and affordable housing and associated community infrastructure. 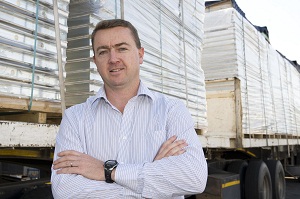 “There is no question that ABTs are now a strong, and potentially long-lasting, link in South Africa’s growing export chain into Southern Africa – and even further afield on the continent. Their potential seems virtually unlimited,” says Brent.
Countries in the rest of Southern Africa, he adds, are increasingly turning to South African technology for building solutions to

• housing and other human settlement infrastructure (such as schools, clinics, offices and retail premises) associated with the increase in direct foreign investment in natural resource-focused ventures

• putting a roof over the heads of rapidly expanding, and increasingly urbanising, populations.

One of the biggest current Vela Building Solutions projects in Southern Africa involves the delivery and construction of 1 600 Vela Modular homes for a Government housing project in the South of Angola.

The flat-packed insulated, interlocking Modular panels and other components for the contract are being delivered by road from South Africa and assembled on site.

In a different arena of ABTs, Vela last year supplied vast quantities of the cold rolled steel used in the fast-track construction in Maputo, Mozambique, of a village that housed the 6 500 athletes (from 48 countries) who competed in the 10th All Africa Games.

After the Games, the village was converted to meet its original purpose – affordable housing for the community in the area.

To cope with existing strong demand for ABTs in South Africa, as well as the growth of its markets in the rest of Southern Africa, Vela recently doubled its production capacity by moving to a 7 500 sqm new manufacturing complex in Alrode, Gauteng.