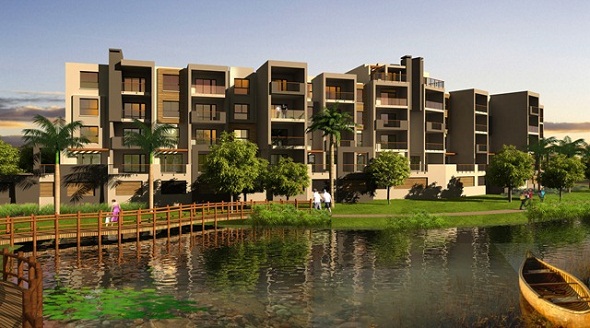 Ashton Park, a new residential development at Century City comprising 138 apartments and seven villas, is to be launched by the Rabie Property Group shortly.

To be developed at a cost of around R220million, Ashton Park is to be built on a site bordering the new Curro school which opens in January 2013 and will have direct access to it

Comprising four sectional title blocks and the villas, the development is to be built in phases with construction of the first phase, Waterberry to start early next year with transfer scheduled for April 2014.

Waterberry, which will be the only block in Ashton Park to be water fronting, will comprise 43 one, two and three bedroom apartments as well as two three bedroom duplex penthouses. The four storey building will offer basement parking and a lift.
Unit sizes are generous and vary from 87m2 including balcony for one bedroom apartments up to 170 square metres, including balcony, for the three bedroom duplex penthouses. Prices range from R1 195 000 to R2,685 000 including VAT.
Project manager Miguel Rodrigues said the apartments were larger than usual as they anticipated a large number of owner occupiers including families due to the proximity to the school.

He said that the Century City Property Owners’ Association, the non-profit company that is responsible for the day to day operations of Century City, recently conducted its bi-annual Customer Satisfaction Survey and the results of this survey have been used to inform the design brief of Ashton Park.

“People who had bought into earlier developments at Century City were asked what they most liked about where they lived and what they would change if they could.
“From their responses we have consequently included a number of parks – one inside and one externally – as well as a swimming pool with changing rooms and recreational facilities in the overall development plan, all things respondents felt would have improved their properties.”

As part of Rabie’s commitment to going green, Ashton Park is designed with the aid of ground-breaking energy efficiency software which models  the buildings according to the recently promulgated SANS 10400 XA regulations to ensure maximum operating efficiency .

Brian Usher, sales manager of Property World, the official on-site agency, said the planning of Ashton Park had been accelerated following strong sales at Rabie’s Quaynorth and Quayside developments where only a handful of units remain to be sold.
“We expect very strong demand for Ashton Park due to the exceptional value for money it offers, its tremendous facilities and most importantly its close proximity to Curro Century City campus.”

The other blocks, he said, would overlook parks or the school’s sports field.
For a sneak preview or to get in ahead of the official launch contact Property World on 021 5550105.