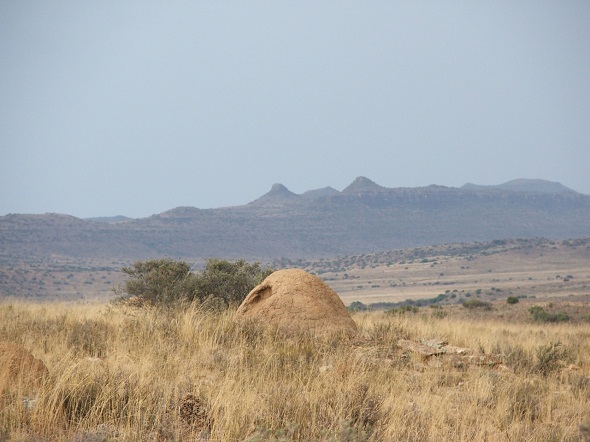 “This sustained interest has seen farm prices move upwards in 2012, purely based on supply and demand. Although the Karoo and its adjacent areas comprise a vast region, the availability of certain types of farms is limited. For existing South African farmers looking to diversify – such as those in the Western Cape or those relocating from north to south, the Karoo is rapidly becoming the most popular choice,” says Rubidge.

For many businessman and farmers who have relocated to the coastal areas of the Eastern and Western Cape, including the Garden Route, the Karoo is accessed in some areas by as little as a one-hour drive and a maximum of three hours in other areas. “This central location of the Karoo will continue to hold appeal for farm investors,” says Rubidge. “For those based further inland the northern regions of the Karoo are accessible from major inland centres. The other dominant driver of interest among buyers is the nature of Karoo farming itself, as the Karoo offers arguably the most uncomplicated type of farming. Besides its accessible location, the extensive nature of Karoo farms, coupled with low input and labour costs and a healthy environment, make it unique in the South African farming landscape.”

He says this appealing Karoo farming lifestyle is one of the main draw cards and buyers are often prepared to pay a premium for the right farm when they find it. With the wide range of rainfall the Karoo receives – which in some areas is as little as 100mm per annum and in the mountainous regions of the Eastern Cape rainfall of up to 1000mm is often recorded, investors have a choice of type of Karoo farm. “In the drier areas a sustainable Karoo livestock farm can be in excess of 10 000 hectares in size. This in itself offers huge appeal to investors as an investment into uncomplicated space has its own attractions and will show sound capital returns in time.

“As most Karoo properties have a lifestyle component to them, this trend is likely to become even more evident in the future as urban pressures increase and investors have to look further afield for quality space. Due to the expansive nature of Karoo farms small portions of land or lifestyle farms are relatively scarce in the under R3 million category. However, upwards of this price some really attractive farms can still be acquired. An example of what is on offer in this category is a 50 hectare farm situated just eight kilometres outside the sought after village of Prince Albert. This secluded property that borders onto the Oukloof Dam, with a camping area on the water’s edge, has a four bedroom cottage with plenty of outdoor entertainment areas – all with magnificent views of the Swartberg Mountains. It is priced at R4 million.”

Rubidge says in more traditional Karoo terms an example of a smaller Karoo farm currently on the market is a stock farm set on 1700 hectares of good grazing land in the Willowmore district. Priced at R2.85 million, the farm has two houses, Eskom power, an abundance of water and a small stream flowing through the property, and a good road network. Stock and equipment can be purchased separately. This type of property is extremely popular as it is large enough to be considered a farm and therefore has a sustainable income. On the other end of the scale, and also situated in Willowmore, is a magnificent, fully developed, water-rich commercial farming estate sold as a going concern for R24.5 million, which includes stock, game and the full range of farming equipment. As the property is extensive, comprising 3429 hectares and includes 800 hectares of dry lands for grain production being in a winter rainfall area. Dry land agricultural farming takes place mostly in the Western Cape rainfall areas (such as Swellendam) where winter cereals such as wheat are planted and are rain-dependent with no irrigation.

Currently commercial farmers are looking for productive farming units that can carry in excess of 1500 ewes. An excellent example of such a farm is a 6400ha sheep farm in the Middelburg district of the Eastern Cape. The farm can run 2000 merino ewes and some cattle and has abundant water with 50 hectares of lucerne. The carrying capacity is 1:16 Large Stock Units (LSU). The property includes three houses with the main homestead set in tranquil gardens surrounded by stone buildings and sheds necessary for a farm of this nature. The farm is on the market for R21.5 million.

Adds Rubidge: “The remaining two categories of farms found in the Karoo are the ever popular game and hunting farms and the commercial irrigation farms that are found on the irrigations schemes of the Karoo. These include irrigations schemes such as the Fish River in the Eastern Cape, the Orange River in the Northern Cape and schemes such as the Gamka scheme in the Western Cape. As water is a scarce commodity in South Africa, the price of scheduled irrigation has risen dramatically over the last five years and recent sales are in excess of R120 000 per hectare. Karoo game farms are also seeing an increase in demand and many rare game breeders have relocated their rare game herds to suitable farms in the Karoo. This is due to the healthy nature of Karoo farms and the low risk associated with farms in the region.” Pam Golding Properties has numerous game farms on the market ranging from hunting farms to safari tourism game farms in excess of 15 000 hectares.