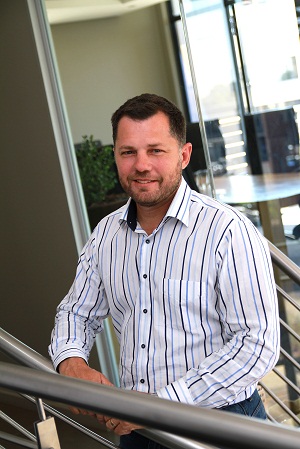 A leading South African capital growth fund in the real estate sector with strategic property holdings and developments, Atterbury’s latest results achieve compound growth for its shareholders of 20.62% over the past seven years, since its inception in 2005.

Morne Wilken, CEO of Atterbury Investment Holdings, assigns this solid performance to the company’s successful strategies, strong asset management, diversification of property investments and its ability to establish itself internationally.

“Our continued pursuit of sustainable long-term capital growth for our shareholders, combined with a strategic programme of diversified investment, again achieved our goal of at least 20% yearly compound growth in our share value,” says Wilken.

Despite the tough and volatile market conditions, Wilken notes that Atterbury’s focused diversification strategy and its ability to secure development and redevelopment profits via its strategic relationship with Atterbury Property Holdings (Pty) Ltd, in terms of green and brown field projects, will continue to drive its share value growth. “We aim for growth of at least 18% in the coming year,” says Wilken.

Atterbury Investment Holdings is a public unlisted property fund focused on delivering sustainable capital appreciation for its investors with ownership of an optimally balanced portfolio of properties, supplemented by development profits made within the fund.

Its balanced approach to diversification in South Africa, Africa and International markets mitigates geographical risk. In South Africa, Atterbury invests in A-grade assets in the most sought-after business nodes in major metropolitan areas. It also invests in offshore property assets, both in direct and indirect investments. Further, Atterbury has a strategic investment in the Atterbury Africa Fund.

During the year, Atterbury’s directly-held South African portfolio delivered total returns of 18.1%, exceeding the IPD South African annual property return benchmark by 5.8%. It was the second best achieving property fund of the 15 reviewed for the 12 months.

“This is the fourth successive year Atterbury has outperformed in total property returns against the IPD benchmark. We’re particularly pleased with this feat considering the harsh economic climate in which these performances were achieved,” says Wilken.

Recognising limited growth opportunities in South Africa, Atterbury identified Africa as the new growth node. The company secured a 25% shareholding in Atterbury Africa Fund where, Wilken says, it will invest R250 million over the next few years. Atterbury Africa Fund, an Atterbury Property Holdings (Pty) Ltd initiative, is a closed-end fund which invests in developed and developing retail centres across Sub-Saharan Africa. Atterbury’s partner in this initiative is JSE-listed property company Hyprop Investments, which will invest R750 million in the venture.

Securing long-term capital growth, a maximum of 33% of Atterbury’s balance sheet may comprise projects that have slightly higher risk and reward profiles. At year end, Atterbury’s exposure to projects was R2,5 billion or 22% of its balance sheet.

The first, Newtown Junction in Newtown Johannesburg, is a 70,968sqm mixed-used development with offices of 36,500sqm fully let by Nedbank Limited. The balance is a retail mall with an expected completion date of September 2014. The second project is the final phase of Lynnwood Bridge. This comprises a 15,000sqm office development, half of which Aurecon will occupy.

“The last four years of settling the property rights, environmental issues and investing mainly in infrastructure have paid off,” says Wilken. “We have already secured a development pipeline of more than 152,000 bulk square metres, with more transactions under negotiation and several tenders where we are on the shortlist. Planning of the super-regional shopping centre, Mall of Africa, at Waterfall is also at an advanced stage.”

“We require all new projects at Waterfall to show a return on equity of at least 20% a year. The developments at Waterfall are achieving attractive yields,” says Wilken.

Atterbury’s total portfolio, direct and indirectly held, is split between retail, at 58% of gross lettable area, and offices at 42%.

“We will continue to target opportunities to provide capital appreciation for our shareholders and deliver on Atterbury’s strategy and goals,” says Wilken.
Tweet