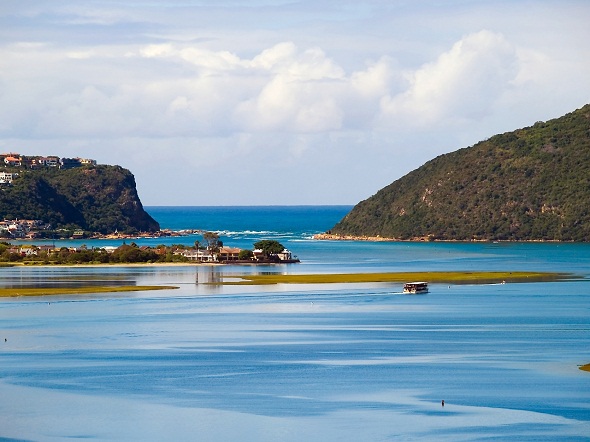 As the year-end holiday season rapidly draws near, and with many heading for the popular KwaZulu-Natal, Eastern Cape and Garden Route coastlines, this may be an opportune time to get a feel for the property market if a permanent relocation for retirement or acquiring a leisure home is on your priority list.

Pam Golding Properties (PGP) reports that from the affordable lower south coast and towns such as Port Edward, Margate, Ramsgate, Southbroom, Port Shepstone, Hibberdene, Umtentweni, Scottburgh and Amazimtoti through to Durban and more upmarket, north coast areas such as Umhlanga, Umdloti and Ballito, the KZN coast has a wide variety of homes to suit every individual requirement.

Along the south coast there is good value to be had for those looking to buy a permanent residence or leisure property for weekend or longer breaks. Here PGP says buyers are mostly looking in the price range from about R800 000 to around R1.2 million. In Port Edward on the lower south coast, a three bedroom home with garage can be bought from R650 000, in Umtentweni homes can be had from R300 000, while in Margate, PGP sales manager Herman Botha-Bosh says the activity is generally in properties priced under R1 million, with secure four bedroom units situated in an eco-estate in St Michaels-on-Sea on the market from R850 000.

Port Shepstone is a destination which is attracting more young buyers than before – those wanting to start family homes and invest in property to rent out or as a holiday home, while the older generation is downscaling from family-sized homes but still looking for a home with comfort and security, as well as lower running costs, says Mohamed Amra, area principal for Pam Golding Properties. “Here the demand for sectional title residential properties remains steady, as these convenient, lock-up-and-go homes appeal to a wide cross-section of the community. Port Shepstone is also home to upmarket property, with a luxury mansion with five bedrooms, five bathrooms plus a one bedroom flat marketed at R5 million,” he says.

Having experienced considerable growth in recent years, the coastal areas north of Durban continue to attract home buyers, with Umhlanga Rocks leading the way as the commercial node continues to grow, creating demand for residential property. Further north Ballito, easily accessible to the King Shaka International Airport, and with its large estates such as Zimbali and Simbithi, Brettonwood and Dunkirk, is becoming more a permanent residential destination than a holiday location, as the demand for housing continues to spread further north. Here homes in the R800 000 to R1.5 million price range are most sought after , as is evident by the success of some of the more affordable developments, where one bedroom apartments start at R559 000 and range up to just under R1 million for a three bedroom unit. Clive Greene, PGP’s area principal, says various other gated estates offer units priced from R3-R10 million, while beachfront property and homes in Zimbali range from R1.8 million to around R12 million for apartments, and homes up to R40 million.

The scenic Garden Route is another region which attracts both domestic and international visitors to its coastal hamlets, with tranquil and affordable Sedgefield earning global status as the first Cittaslow (Slowtown) in Africa due to its relaxing lifestyle. Knysna, long considered the heart of the Garden Route, offers a choice of varied accommodation all the way from the well known beaches of Buffels Bay and Brenton on Sea, to Brenton on Lake and Belvidere – where you can hop in your boat to do your shopping in Knysna CBD, to Thesen Islands, with its Cape Cod atmosphere, and Leisure Isle – one of the most sought after living areas, with lagoon water sports and fishing. Says Ling Dobson, PGP’s area principal in Knysna: ”Suburbs such as Hunters Home, Rexford, Fisherhaven and Old Place offer well priced homes, and these areas offer numerous attractions. These include nature reserves along the river, three golf courses, namely Simola Golf and Country Estate, Pezula Golf Estate and Pezula Private Estate, with some of the country’s best golf and superb homes with very good security. Homes in Knysna vary from as low as R900 000 to upmarket homes on Simola and Pezula at around R30 million,” she says.

With the housing markets in many coastal areas having been significantly affected by the tough economic situation, there remains very good value to be had. At St Francis Links, plots are well-priced priced from just R160 000, and houses from around R1 million. In nearby Port Alfred, PGP’s area principal, Isobel Meyer, says a two bedroom apartment can be had for just R550 000, with houses priced up to R14.5 million, and vacant stands ranging from R275 000 to R5.5 million. At Kenton-on-Sea, with its two navigable rivers and miles of unspoilt beaches, including a Blue Flag beach and nearby Big 5 game reserves, holiday cottages range from R750 000 to R2 million while top end riverfront properties are priced up to R11 million.