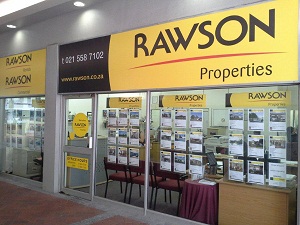 Regular high-level sales in the Cape Town suburbs of Bothasig and Edgemead have become something of a talking point. The local Rawson Properties franchise that operates in these areas, which is owned and run by Marc Vladislavich, has consistently been one of the Rawson Property Group’s top 20 sales performers and two of its long-serving agents, both with over 20 years’ service, are now Platinum Elite Achiever Club members – and this is the highest award one can achieve in the Rawson Property Group.

In previous statements, Vladislavich has explained that Bothasig’s very convenient position, 18 km from Cape Town’s city centre and its affordable prices, have made it more popular now than at any stage in its 70 year history.

However, he added, a factor behind its success, which is becoming increasingly apparent, has been that the Rawson Properties Bothasig office is in the only major shopping mall serving the suburb, namely Bothasig Mall.

“If ever a business benefitted from a large number of impromptu walk-in enquiries, it has been this one,” said Vladislavich. “On the sales side we estimate that some 20% of our clients come to us primarily as a result of seeing our offices in this very popular centre, while on the letting side, Juliana Francisco, our letting administrator, has said that over 90% come as a result of the office’s position. It really does seem, therefore, that the decision by our current Managing Director, Tony Clarke, to occupy offices in Bothasig Mall, when he was the franchisee here, was very wise and far-sighted and we have all benefitted from it. Perhaps other agencies should bear this in mind when choosing their office premises.”